The Development of Pakistani Literature in English
Muneeza Shamsie

Hybrid Tapestries provides an extensive historical map of Pakistani English literature: it traces the narrative to its multiple origins, including pre-colonial and colonial contacts, and moves across the twentieth century to extraordinary new talent. The book singles out thirteen innovative writers for a detailed chapter on each, beginning with those who became Pakistanis after Partition (such as Shahid Suhrawardy and Ahmed Ali) but who had published major works prior to Independence. Due acknowledgement is also given to the two forgotten writers of that era: Atiya and Samuel Fyzee Rahamin. Pioneering contemporary authors, from Zulfikar Ghose and Taufiq Rafat to Bapsi Sidhwa, Sara Suleri, and Hanif Kureishi, are discussed in detail.

The book encompasses poetry, fiction, drama, and life-writing. It includes and unites a wide range of English language writers in Pakistan with those living in the diaspora. Poets Alamgir Hashmi, Imtiaz Dharker, and Moniza Alvi; novelists Kamila Shamsie, Mohsin Hamid, and Uzma Aslam Khan; short story writers Aamer Hussein, Daniyal Mueenuddin, and Jamil Ahmed; playwrights Sayeed Ahmad, Rukhsana Ahmed, and Ayub Khan-Din are all discussed here. These are underpinned by an extensive discussion on essays, letter writing, and memoirs, including the letters of Faiz Ahmed Faiz and Alys Faiz; essays of Anwer Mooraj, Moni Mohsin, and Eqbal Ahmed; travelogues of Salman Rashid; and memoirs of Firoz Khan Noon, Tehmina Durrani, Kamran Nazeer, and others. The book also brings new perspectives and critical writings on the diverse sociopolitical reasons for the emergence of a Pakistani national literature in English.

Writer and critic, Muneeza Shamsie (née Habibullah), is a leading authority on Pakistani English literature. She is the managing editor of a work-in-progress, The Oxford Companion to Pakistani Literature. She has edited three pioneering anthologies of Pakistani English literature, including And the World Changed: Contemporary Stories by Pakistani Women, for which she received the Foreword Bronze Award (2008) and the IPPY Gold Award (2009), in the United States. Muneeza is Pakistan’s Bibliographic Representative for The Journal of Commonwealth Literature and serves on several international advisory boards, including that of The Journal of Postcolonial Writing. She has been a guest editor for two of its special issues: ‘Pakistan’ (2011) and ‘Al-Andalus’ (2016). She is also a member of the advisory committee of the DSC Prize for South Asian Literature and was its jury member in 2013. She served as the Regional Chair (Eurasia) of the Commonwealth Writers Prize from 2009–11. Muneeza lives in Karachi and contributes regularly to Dawn and Newsline. 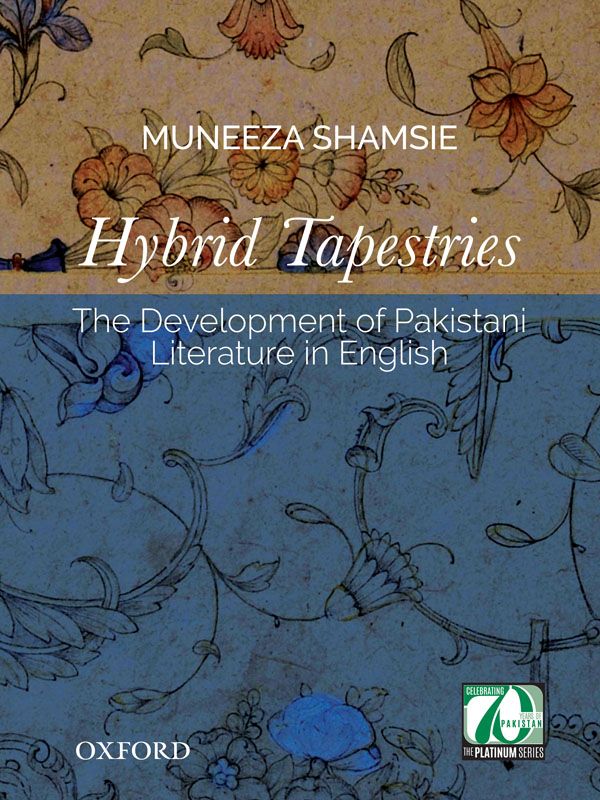 Look Inside
PKR 795
Out of stock!
Add to Wish List Add to Compare
Skip to the beginning of the images gallery
Additional Information
Reviews
Notify me when this product is in stock
Filter