Compiled by Asif Farrukhi
This book provides a representative selection from the short stories of the popular Urdu short story writer Syed Rafiq Hussain. His literary career was as remarkable as it was brief. Hussain wrote over a span of less than a decade, crafting his stories during his spells of unemployment and never accepted remuneration for any of his stories. His first short story, ‘Kalua’, was about a dog. It was published in Saqi, a famous magazine of its time. The editor of Saqi, Shahid Ahmed Dehlavi, later published published a collection of Syed Rafiq Hussein’s short stories with his own Introduction. For someone who claimed to hate animals and never kept pets, Hussain showed a keen eye for detail in describing the behaviour of animals. He died of throat cancer in 1944. His first collection, Aina-e-Hairat (‘The Mirror of Wonders’) was published by Saqi Book Depot, Delhi, in 1944, just a fortnight after his death. Some of his unpublished stories were also published in Naya Daur Karachi in 1968.
Author Description 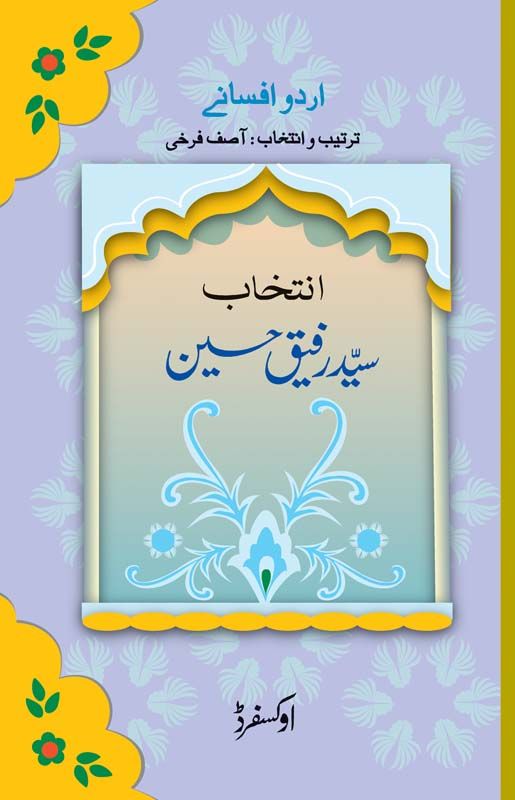