Memoirs of the Badshahi Mosque

Notes on History and Architecture based on Archives, Literature, and Archaic Images
Talha Jalal

Memoirs of the Badshahi Mosque is an unconventional attempt to bring together diverse aspects of the Badshahi Mosque in a single narrative—aspects that are historical, political, and artistic at the same time. Even though many general studies have been done over the years, few have taken a critical approach towards the history of this monument. There is a striking peculiarity about this mosque which highlights the need for further research—the paradoxical nature of its renown. Fame, at times, becomes a veil; the very idea that we know all too well about the Badshahi Mosque has prevented us from delving into many obscure facets of its fascinating history. This was a study that began as a humble enquiry into the nature of the interiors and embellishments of the mosque. With time, it expanded into a much broader work which attempts to bridge the many gaps that existed in the history of this Mughal monument. During the research process, the authors studied Sikh archives and transcribed the many letters written by British officers in charge of the Badshahi Mosque. They were also tempted to look at a sizeable collection of archaic images that lent a vision to literary imagination—making their claims much more substantial and the analysis more logical. Still, much remains to be unearthed from the archival collections in Lahore and Delhi. But while some questions are answered, even more are raised in the process. What is hoped in the end is that the reader will walk away with an understanding of the historical ‘character’ of this mosque which is enriched by the fact that it experienced the reign of three different empires and witnessed the birth of a new nation. This book should benefit not only those interested in architectural history, but also those with an interest in political and social history of India.

Talha Jalal is a graduate of the Lahore University of Management Sciences (LUMS). He is currently pursuing his graduate studies at the Paul H. Nitze School of Advanced International Studies (SAIS), Johns Hopkins University. He has worked as a researcher at LUMS with the historian, Dr S. Nomanul Haq, and is associated with the Center for International Media Ethics (CIME) in the capacity of consultant. His academic interests include comparative literature, history, and international affairs. Talha is a regular columnist for The Friday Times and Daily Times, and has written for other publications including the Eclectica magazine. He is author of a multi-volume concordance of the Persian text of the Masnavi of Rumi which is forthcoming. 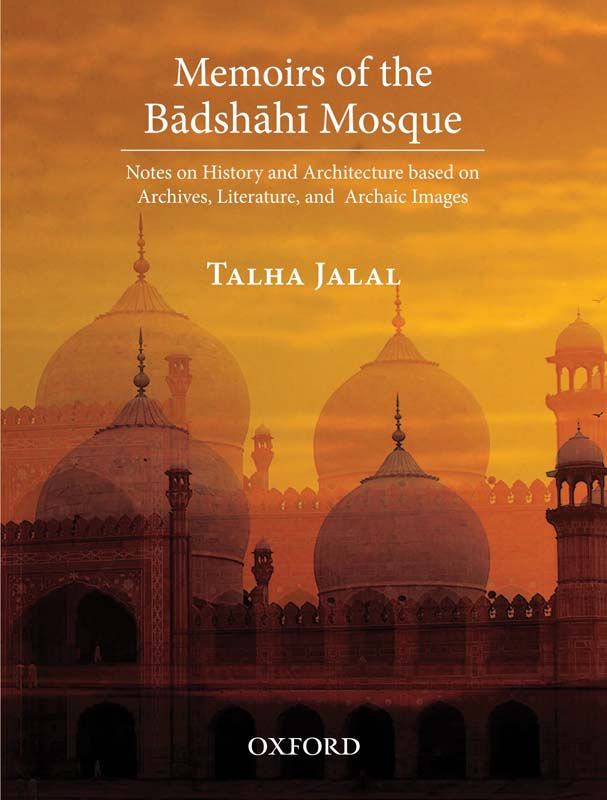 Look Inside
Skip to the beginning of the images gallery
PKR 265
Out of stock!
Add to Wish List Add to Compare
Additional Information
Reviews
Notify me when this product is in stock
Filter