Heera Mandi ki Darpardah Saqafat
Fouzia Saeed; Translated from English by Fahmida Riaz
This book is the Urdu translation of Taboo! The Hidden Culture of a Red Light Area. It is a journey of discovery into the notorious red light district of Lahore, Pakistan, known as the Shahi Mohalla (the Royal Bazaar), or Heera Mandi (the diamond market). The phenomenon of prostitution coupled with music and dance performances has ancient roots in South Asia. Regardless of the stigma attached to prostitution, it has given birth for centuries to many well-known performing artists. The book paints a more realistic picture of the phenomenon through the stories of the people living there: the musicians, the prostitutes, and their pimps, managers, and customers.
Author Description

Dr Fouzia Saeed has written extensively on Pakistani culture and social issues. Her 2001 ethnography of the walled city of Lahore, Taboo (OUP), retains a cult-like following in five languages. The true story of her successful efforts to counter sexual harassment in her own career, inspiring many who work on this problem today, is chronicled in Working with Sharks.

Dr Saeed earned her PhD from the University of Minnesota. Her unique perspective stems from her many roles as a social activist, a development professional, a successful manager, and an accomplished scholar. She has spent over 30 years on social change in Pakistan. While writing her five books, she also created Pakistan’s first women’s crisis centre, successfully advocated for the passage of seven laws for women’s rights, including two against sexual harassment, and revitalised Lok Virsa, Pakistan’s Institute of Folk Heritage.

International organisations have frequently acknowledged her work. The World Movement for Democracy produced a film on her life, entitled I Was Not Alone. She is also regularly invited to speak at universities in many countries. 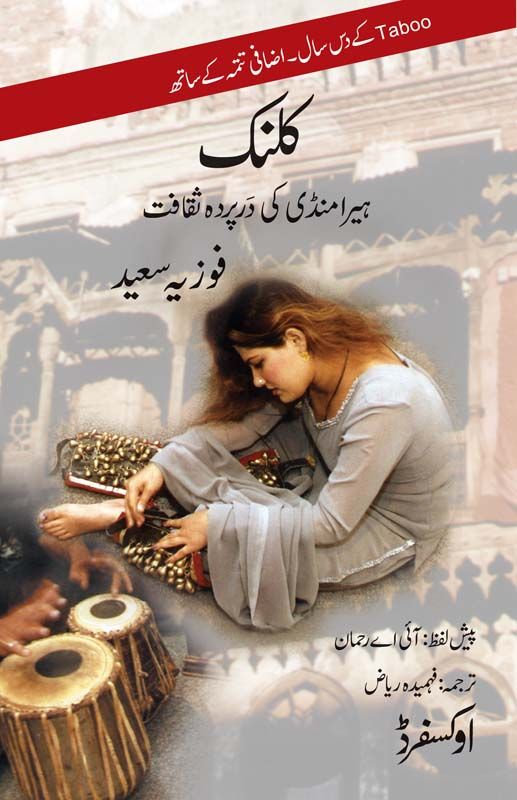 Look Inside
Skip to the beginning of the images gallery
PKR 175
Out of stock!
Add to Wish List Add to Compare
Additional Information
Reviews