What and who do we talk about when we speak of ‘Pakistan’ and the ‘Pakistani’? This question was posed to more than eighty artists, designers, and other creative souls across Pakistan. They responded with maps, inventories, photographs, and drawings that explored the multifaceted microcosm of their real and imagined lives. These investigations will take you through the labyrinths of cityscapes, hidden lairs beneath layers of domes, nationalist rants, fictional propaganda, and corporate deceptions.

This book revels in the unexpected and the overlooked, the hidden and the mysterious, the obscure and bizarre. Through these compelling contemporary cartographies, the Subjective Atlas of Pakistan offers a humanized vision of ongoing conflicts pacified through visual poetics of personal stories, fears, hopes, and dreams.

Taqi Shaheen is a film-maker and media artist based in Pakistan whose work crosses mediums and defies genre distinctions to fashion witty and curious observations of contemporary South Asian cultures and mediascapes. Since 2004, he has been working closely with artists, designers, musicians, and performers to produce collaborative works using artistic practices, pedagogic alternatives, and creative investigations to address the experiences of learning and the dilemmas of education in the developing world. As a director and curator, his previous works include a documentary series on artists as educators, Lessons on Lessons (TMN, 2016), The Petman Girls (TMN, 2012), Whose Pakistan is it anyway? (TMN, 2010), Morris Mata (2009), Kundun (ILO/BBC/PTV, 2004), and Congregation of the Distressed (2005).

Annelys de Vet is a Belgium based Dutch designer and initiator, running a practice for gentle power and radical imagination. The work explores the role of design in relation to the public and political discourse. From 2009–19 she headed the master in design ‘Think tank for visual strategies’ at the Sandberg Instituut Amsterdam—where she earned an MDes herself in 1999. She founded the inclusive design label ‘Disarming Design from Palestine’ that develops, presents, and sells useful products from Palestine. Since 2003 de Vet initiated a series of subjective atlases that map countries from a human perspective. Previous editions covered Palestine (2007), Mexico (2011), Hungary (2011), etc. 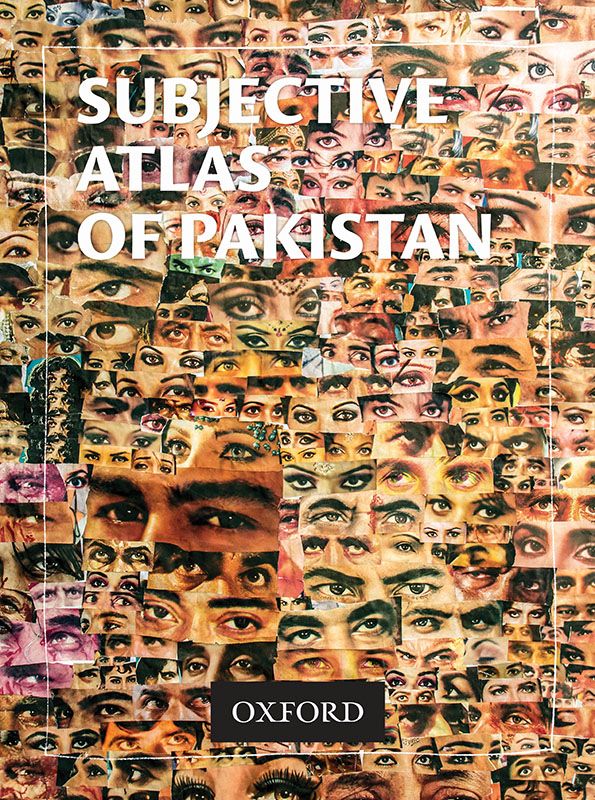 Look Inside
PKR 2,415
In stock
Add to Wish List Add to Compare
Skip to the beginning of the images gallery
Additional Information
Reviews