Pakistan today stands at a critical juncture in its short history of existence. While much has been written about Pakistan, little is known about post-Partition communism or left-leaning politics in the country, which played a key role in shaping Pakistani politics today. Kamran Asdar Ali here presents the first extensive look at the communist and working class movement in Pakistan. The author critically engages with the history of Pakistan’s early years, paying special attention to the rise and fall of the Communist Party of Pakistan (CPP), from Partition in 1947 to the aftermath of Bangladesh’s independence in 1971.

Since its formation in 1947 as a homeland for South Asian Muslims, Pakistan has been a configuration of shifting alliances and competing political and social ideologies. The country has experienced three military takeovers and is plagued with geopolitical conflict—from Kashmir to Baluchistan to Waziristan. While these aspects of Pakistan make headlines, in order to understand the complexities of these events, it is vital to understand the state’s relationship throughout history with its divergent political and ethnic voices. While the history of Pakistan is often viewed through the lense of unified Muslim nationalism, the author explores the history of Pakistan’s often tense relationship among various ethnic groups. Shedding light on a vital and little-researched aspect of Pakistan’s history, this book shows that military coups, Islamic radicalization, and terrorist activities do not constitute the sum total of Pakistan’s history, that its history includes the activities and contributions of communist intellectuals and activists.

‘A work of exceptional importance. The author has combined archival unearthing with fieldwork that includes interviews with both elite actors and non-elite participants in organized leftist movements. Pakistan today is usually understood through the lens of terrorism, Islamism and the jockeying for power by groups that are seen to be either religious, or based upon ethnic affiliations. This book powerfully demonstrates that an organized and intellectual left was formative of intellectual life in Pakistan, and provided a defining affiliation for important thinkers and activists of diverse backgrounds.' Iftikhar Dadi, Department of History of Art, Cornell University

‘This absorbing history of the forgotten hopes and struggles of the shortlived left in the new country of Pakistan is particularly poignant. It will be welcomed not only by scholars interested in leftist and working-class history, but also by those seeking to understand Cold War politics as they played out worldwide. Asdar Ali throws a wide net, including archives, memoirs, interviews and literary artifacts. More power to his hope that recovering a fuller understanding of Pakistan’s past might reignite a lost vision of democracy and social justice today.’ Barbara Metcalf, Professor Emerita of History, University of California Davis

‘Meticulously detailed and conceptually rigorous, beautifully written. A historical anthropology of the present, Communism in Pakistan unpacks the stories tucked into political detritus and remaindered memories – a must read.’ Geeta Patel, Associate Professor, Department of Middle Eastern and South Asian Languages and Cultures, University of Virginia

‘At the centre of Communism in Pakistan is a valuable and important idea – a reading of Pakistan’s history that complicates the dominant narrative’s overwhelming emphasis on religion, Islamic radicalism, insurgencies and military rulers. By bringing into picture the little-known history of Pakistan’s fledgling communists, the manuscript enriches our knowledge of the different layers of its political and intellectual existence… unusual and illuminating.’ Gyan Prakash, Dayton-Stockton Professor of History, Princeton University

‘Communism in Pakistan is an account of the subterranean history of the Left in the formative decades of that country. His alternative history of the period – incisive, subtle, and poignant – reclaims a largely forgotten past for the present and the future. The book’s intrepid and imaginative labour in piecing together the vibrant political culture of communism and working-class politics in Pakistan makes it both a substantive contribution and a critical historiographical intervention.’ Mrinalini Sinha, Alice Freeman Palmer Professor of History, University of Michigan

Kamran Asdar Ali is Associate Professor of Anthropology and Director of South Asia Institute at the University of Texas, Austin, USA. 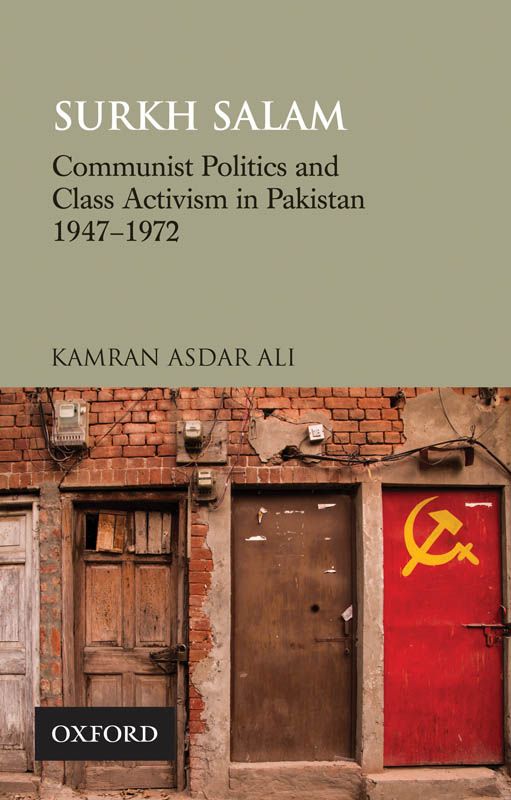 Look Inside
Skip to the beginning of the images gallery
PKR 350
Out of stock!
Add to Wish List Add to Compare
Additional Information
Reviews
Notify me when this product is in stock
Filter