The Punjab Bloodied, Partitioned and Cleansed

The Partition of India in 1947 resulted in the biggest forced migration in history—some 14 million people altogether—of which 10 million were from the Punjab. This book is a holistic study of the first major case of ethnic cleansing after the Second World War. Besides shedding new light on the events through secret British reports, it also contains poignant accounts by eyewitnesses, survivors, and even participators in the carnage on both sides of the border.

Winner of the Best Book on Punjab at the 2016 Lahore Vaisakhi Mela, the book provides a balanced account of Partition and highlights how religious differences are no bar to peaceful coexistence unless highlighted by divisive forces. It contains interviews of persons who survived the Partition violence on both sides, and have been candid in their revelations. This book will be of immense interest to anyone even remotely curious about the happenings of the most traumatic event in recent Indo-Pak history.

The second edition marks the 70th anniversary of the partition of Punjab. It includes more oral histories, each uniquely reflecting the tragedy of partition. Theoretically, the expulsion of unwanted minorities from East and West Punjab by complicit governments in the partitioned Punjab to achieve ethnic cleansing is brought out into sharper relief in the second edition of the book.

Ishtiaq Ahmed was born in Lahore on 24 February 1947. He holds a PhD in Political Science from Stockholm University. He is currently Visiting Professor at Government College University, Lahore. He is also Professor Emeritus of Political Science, at Stockholm University and Honorary Senior Fellow at the Institute of South Asian Studies, National University of Singapore. His research interests cover diverse fields such as political Islam, ethnicity and nationalism, human, minority and group rights, partition studies, civil-military relations in Pakistan, and South Asian politics in general with special interest in Indo-Pak relations. He is currently working on a major study of the ideas and political role of the Founder of Pakistan, Mohammad Ali Jinnah. 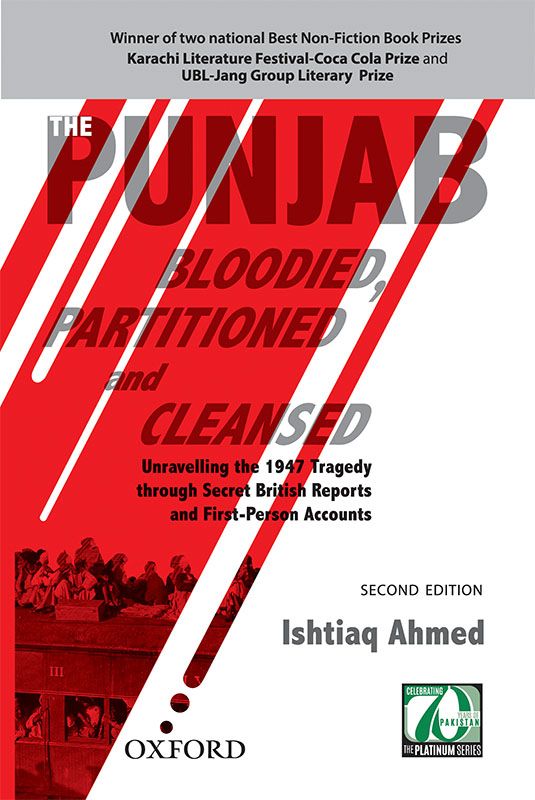 Look Inside
Skip to the beginning of the images gallery
PKR 1,850
In stock
Add to Wish List Add to Compare
Additional Information
Reviews