Land and Forest Governance in Swat

Transition from Tribal System to State to Pakistan
Sultan-i-Rome

The book is a comprehensive and systematic study of land and forest governance in Swat State (1915–1969). It is rich in factual information, has been written in a simple style, and presented methodologically. It is based heavily on primary source material—both published and unpublished—as well as on respected secondary sources and one-on-one interviews.

The book details how forests have been managed in the Swat State areas and Kalam from the 16th century to 2014. It also discusses issues of land tenure and ownership system in the region, without which forestry issues and the accompanying complexities cannot be fully understood. The political and administrative backdrop to all these issues have also been explored in detail.

Born in the Hazara village in Swat, Sultan-i-Rome received his primary and secondary education at government schools in Hazara and Kabal. He completed his bachelor’s from Government Jahanzeb College, Swat, master’s in General History from the University of Karachi, and PhD from the University of Peshawar. He is presently Associate Professor of History, and Department Chairman at Government Jahanzeb College, Swat.

Sultan-i-Rome is a life member of the Pakistan Historical Society and a sitting member of its Executive Committee. He is also a life member of the Council of Social Sciences Pakistan, and the Pukhtu Adabi Board. His fields of interest include the political, social, and economic history of the region, its culture, and its natural resources.

Sultan-i-Rome has published, to date, more than fifty research articles in academic journals, books, anthologies, and proceedings; and two working papers. He has participated and presented papers in numerous national and international seminars, conferences, and workshops. In addition to the present book, he has to his credit Swat State (1915–1969)—From Genesis to Merger: An Analysis of Political, Administrative, Socio-Political, and Economic Developments (OUP 2008) [also translated and published in Urdu], The North-West Frontier (Khyber Pakhtunkhwa): Essays on History (OUP 2013), and a book of Pashto proverbs Mataluna (2013), with more projects in the pipeline. 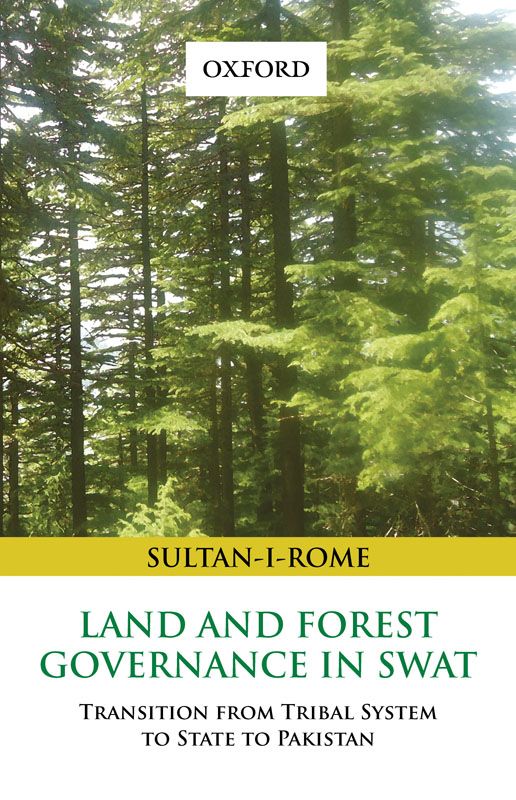