This book contains Fahmida Riaz’s poems composed between 2000 and 2015. Fahmida Riaz has been a political activist since she was a student and a literary pioneer of the women’s liberation movement in Pakistan. From the outset, her choice of themes, diction, allusion, and similes, broke out of the inhibitions imposed on her gender. Her poetry has won her many admirers, especially among modernists and younger readers. Her protest poetry caught the imagination of her generation. As this generation grew, so did her popularity and critical esteem. Her aspirations, which are both for seeking a democratic dispensation and women’s liberation, invigorate her verse, making it a powerful medium of protest. Beneath the politico-social overtones, one discerns the lyricism of an accomplished poet. All her political and feminist aspirations are reflected in her poetry, of which she has published several volumes. She has also employed her talent by translating into Urdu, the Persian poetry of Rumi and Farogh Farrukhzad, and the Sindhi poetry of Shaikh Mubarak Ayaz.
Author Description

Fahmida Riaz is a well-known Urdu author, poet, and feminist. Born in 1946 in Meerut, India, educated in Hyderabad and London, and living in Karachi, she has written poetry and short stories since the age of 15 and has been involved in social and political activities since her student days. She has seen publication of four volumes of her poetry, three novels, including Godavari, the English translation of which is also published by OUP Pakistan, and a collection of short stories, in addition to the Urdu translation of some verses from Shaikh Ayaz. She has also translated Rumi into Urdu. 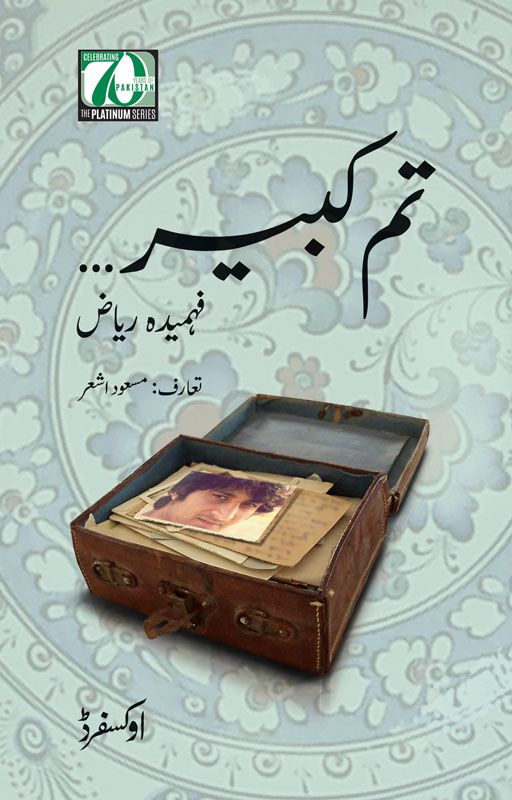 Look Inside
Skip to the beginning of the images gallery
PKR 50
Out of stock!
Add to Wish List Add to Compare
Additional Information
Reviews
Notify me when this product is in stock
Filter