This is a historical novel about the life and times of Mazdak, a man who lived in the 5th century AD, and has the reputation of having been the first socialist revolutionary in history.

The novel is a fascinating account of the interacting forces at play in those times. All the action takes place in the Sassanid Empire when its capital was Ctesiphon on the banks of river Tigris. Contingent to it was its arch rival, the equally vast and powerful Byzantine Empire .Between the two Empires lay the Arab lands, largely inhabited by the desert –dwelling Bedouin tribes. Close to the borders of the Sassanid Empire and the Indian subcontinent, were the Khanates of the White Huns. All these entities played a role in shaping the story of Mazdak, the continuation of his revolutionary movement for seven long years, and ultimately his execution and the crushing of the socialist movement throughout the Sassanid Empire. At the same time the story reveals an interesting insight in the growth of religions and religious ideas during this important century.

Relating it to the present-day world, the author, Fahmida Riaz, gives the story a relevance to today’s turbulent times and the eternal human quest for social justice .It is a novel by a well-known author that would certainly catch the imagination of the reader.

Author Description
Fahmida Riaz is a well-known Urdu author, poet, and feminist. Born in 1946 in Meerut, India, educated in Hyderabad and London, and living in Karachi, she has written poetry and short stories since the age of 15 and has been involved in social and political activities since her student days. She has seen publication of four volumes of her poetry, three novels, including Godavari, the English translation of which is also published by OUP Pakistan, and a collection of short stories, in addition to the Urdu translation of some verses from Shaikh Ayaz. She has also translated Rumi into Urdu. 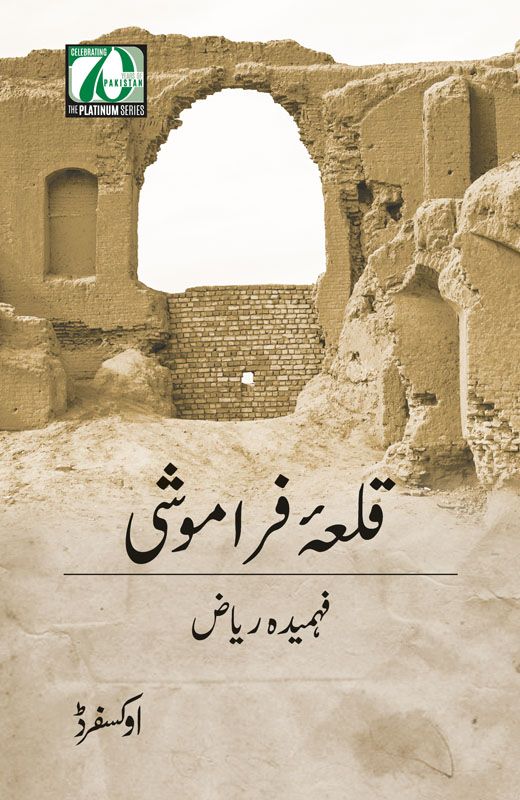 Look Inside
Skip to the beginning of the images gallery
PKR 425
Out of stock!
Add to Wish List Add to Compare
Additional Information
Reviews