Compiled by Fatema Hassan
This is a representative selection of Munir Niazi’s poetry. It includes not only those nazms and ghazals that are widely known and popular but also those that embodies his personal quest as a poet. Munir Niazi’s poetry goes beyond a mere versification of thoughts. His poetry is multi-dimensioned; a kaleidoscope of meaning, feeling and sensation.  His work expressed a new sensibility and experience of the milieu that not only established him as a trendsetting poet but also gained him popular readership amongst youth.  His style and diction were different to his contemporaries, and this selection tries to capture that essence which set Munir Niazi’s work apart from that of others.  Even though the ghazal is generally a more popular form of poetry, when it comes to Munir Niazi, people remember his nazms  equally, the latter being as frequently quoted and recited as the former. Munir Niazi was born in East Punjab in 1928 and later migrated to Pakistan. Migration and urban life crop up as recurrent themes in his poetry. He died on 26th December 2006. Twelve collections of his poetry have been published in Urdu and three collection of Punjabi poetry have also been published.
Author Description 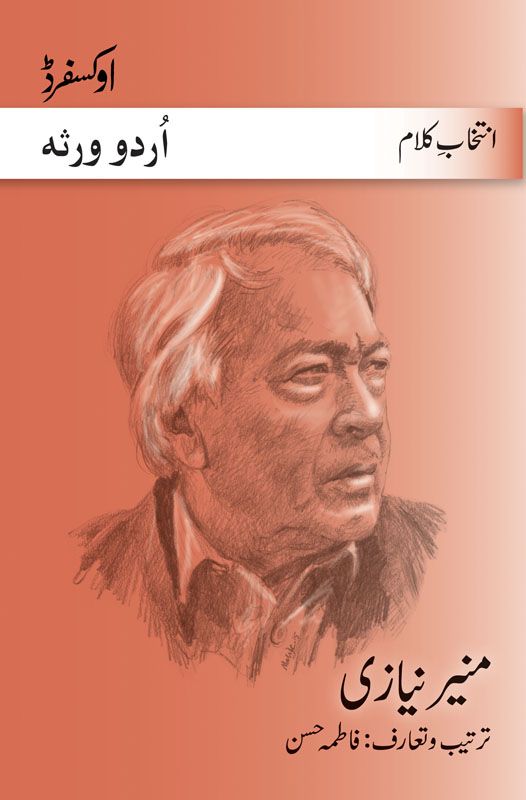 Look Inside
Skip to the beginning of the images gallery
PKR 150
Out of stock!
Add to Wish List Add to Compare
Additional Information
Reviews