This is a representative selection of Ada Jafarey’s poetry. Ada Jafarey was part of a traditionally conservative society where women were not permitted to think and express themselves independently. But she was bold enough to break with such attitudes. Despite having traditionalism ingrained in her personality, she chose to express herself as a modern poet. As early as 1950, she was recognized as the First Lady of Urdu Poetry. Her mother initially, and her husband Nurul Hasan Jafarey later, encouraged her to persist with her literary activities despite social difficulties. Ada Jafarey was a student of great poets like Akhtar Sheerani and Jafar Ali Khan Asar Lakhnavi, and had her poems corrected by them. Ada Jafarey writes in a gender-neutral mode, although her works include feminist themes, such as discrimination, dehumanisation of women, and their being viewed as sexual objects. Ada Jafarey wrote of her experiences as a wife and mother in a modified traditional idiom, but also noticed the lack of fulfilment that accompanied these relationships. She had mastered both forms of Urdu poetry, Nazm and Ghazal, but she also experimented with Azad Nazm, as well as Urdu Haikus.  Her first ghazal was published in Akhtar Sheerani's magazine, Romaan, in 1945. Ada Jafarey published her first collection of poems, Main Saaz Dhoondti Rahi, in 1950. Her book, Ghazal Numa, containing short essays with short biographies and brief commentaries on the work of previous Urdu poets, was published in 1987. She has published five collections of Urdu poetry: Shahar e Dard, Ghazalan, Tum to Waaqif Ho!, Harf e Shanasai, Safar Baqi, and Mausam Mausam, in addition to her autobiography Jo Rahi So Bekhabri Rahi, and forty research papers. She also published her collection of Urdu Haiku, Saaz e Sukhan Bahana Hai. 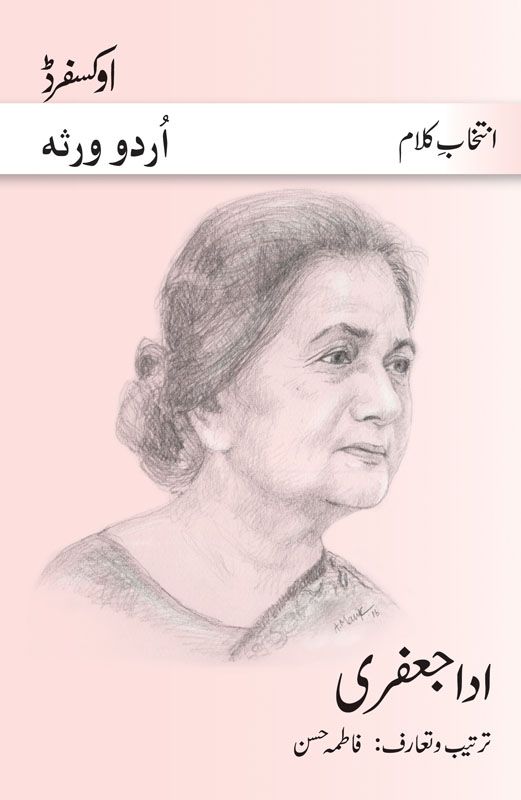