Akbar Ahmed’s profound and careful inquiries have greatly enriched our understanding of Islam in the modern world. His latest study, based on direct research with a group of young scholars, explores the complex interfaith reality of Europe, both in history and today, from an Eastern perspective, reversing the familiar paradigm. It is sure to be yet another influential contribution, one greatly needed in a world riven by conflicts and misunderstanding.

This book is essential reading to all who want to understand our world. As a South Asian Christian, I can say with pride: South Asia has produced two Akbars—Akbar the Great, the emperor who united India, and Akbar Ahmed, who brings peace and harmony among nations through research and knowledge. Akbar, who I have known for decades, is my brother and my hero. He belongs to all of humanity. Long live the passion of Akbar to see one harmonious world with animosity and hatred for none.

I don’t exaggerate when I say that today Akbar Ahmed is the most knowledgeable scholar writing on Islam and the way the religion is affecting global affairs. In his extensive coverage of the subject, he has brought new insights policymakers in the West would do well to understand. In my own work what I have found most helpful is Professor Ahmed’s finding that Islam’s appeal to some of the extremist elements in Muslim societies should be understood in the context of the survival of tribalism in the structure and value systems of some of the societies that are contributing recruits to Islamist causes. In dealing with these dissidents, the use of force is not the preferred solution. What would work ultimately is the development and modernization of these societies.

Ambassador Akbar Ahmed is the Ibn Khaldun Chair of Islamic Studies at the American University in Washington, D.C. and the former Pakistani High Commissioner to the U.K. and Ireland. Named the ‘world’s leading authority on contemporary Islam’ by the BBC, Ahmed has served as a Nonresident Senior Fellow at the Brookings Institution, the First Distinguished Chair of Middle East and Islamic Studies at the U.S. Naval Academy in Annapolis, and the Iqbal Fellow (Chair of Pakistan Studies) and Fellow of Selwyn College at the University of Cambridge. He has also taught at Harvard and Princeton universities.

Ahmed has produced a number of noteworthy films and plays and authored more than a dozen award-winning books. He conceived and completed the Jinnah Quartet, which includes the feature film Jinnah and a documentry on Mr Jinnah’s life. In the aftermath of 9/11, Ahmed conceived a quartet of studies published by Brookings Press examining relations between the West and the World of Islam, the latest of which is Journey into Europe: Islam, Immigration, and Identity. The book’s companion documentary, Journey into Europe, was featured on Maryland Public Television in November 2017. Ahmed consistently writes for a number of popular news publications around the globe, including a weekly column in the Daily Times.

Ahmed is the recipient of a number of awards, including the Government of Pakistan’s Star of Excellence (Sitara-i-Imtiaz) for academic distinction and Medal of Excellence (Tamgha-i-Imtiaz), the first-ever Purpose Prize alongside Judea Pearl, and the inaugural Gandhi Memorial Center Peace Award. Ahmed has been consistently featured in The Muslim 500: The World’s 500 Most Influential Muslims and was named a 2015 Global Thought Leader by the Gottlieb Duttweiler Institute and The Huffington Post’s WorldPost. He was awarded the 2017 Sir Syed Day Lifetime Achievement Award for Outstanding Public Service by the Aligarh Muslim University Alumni Association of New Jersey and Pennsylvania. 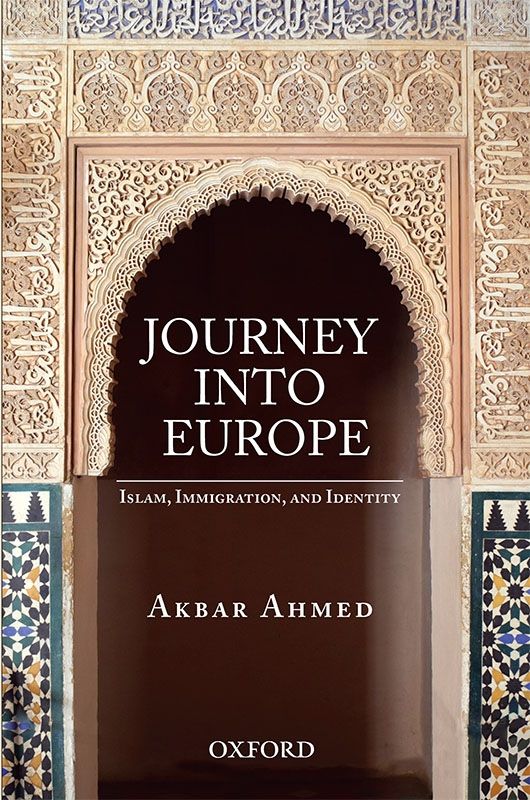 Look Inside
Skip to the beginning of the images gallery
PKR 1,295
In stock
Add to Wish List Add to Compare
Additional Information
Reviews