The First American-Afghan War, a CIA war, was approved by President George W. Bush and directed by the author, Robert Grenier, the CIA Station Chief in Islamabad. Forging separate alliances with warlords, Taliban dissidents, and Pakistani intelligence, Grenier launched the ‘southern campaign’, orchestrating the final defeat of the Taliban and Hamid Karzai’s rise to power in 88 chaotic days.

In his gripping narrative, we meet: General Tommy Franks, who bridled at CIA control of ‘his’ war; General ‘Jafar Amin’, a gruff Pakistani intelligence officer who saved Grenier from committing career suicide; Maleeha Lodhi, Pakistan’s brilliant Ambassador to the US, who tried to warn her government of the al-Qa’ida threat; ‘Mark’, the CIA operator who guided Gul Agha Shirzai to bloody victory over the Taliban; General Ashfaq Pervaiz Kayani, a cautious man who became the most powerful man in Pakistan, struggling with Grenier’s demands while trying to protect his country; and Hamid Karzai, the puzzling anti-Taliban insurgent, a man of courage, petulance, and vacillating moods.

Grenier’s enemies out in front prove only slightly more lethal than the ones behind his own lines. This first war is won despite Washington bureaucrats who divert resources, deny military support, and try to undermine the only Afghan allies capable of winning. Later, as he directed the CIA’s role in the Iraq War, Grenier watched the initial victory squandered. His last command was of CIA’s Counter Terrorism Center (CTC), as Bush-era terrorism policies were being repudiated, as the Taliban re-emerged in Afghanistan, and as Pakistan descended into fratricidal violence.

Robert Grenier is a highly decorated twenty-seven-year veteran of CIA’s Clandestine Service. He played central leadership roles in the greatest national security challenges of his generation—as CIA Station Chief for Pakistan and Afghanistan during 9/11, as CIA Mission Manager during the invasion of Iraq, and as the Head of CIA’s Global Counterterrorism Operations. Today he is chairman of ERG Partners, a strategic and financial advisory firm. A noted lecturer and television commentator, he is also a life member of the Council on Foreign Relations and a member of the board of the CIA Officers’ Memorial Foundation. When not sailing, he resides with his family in the
Washington DC area. 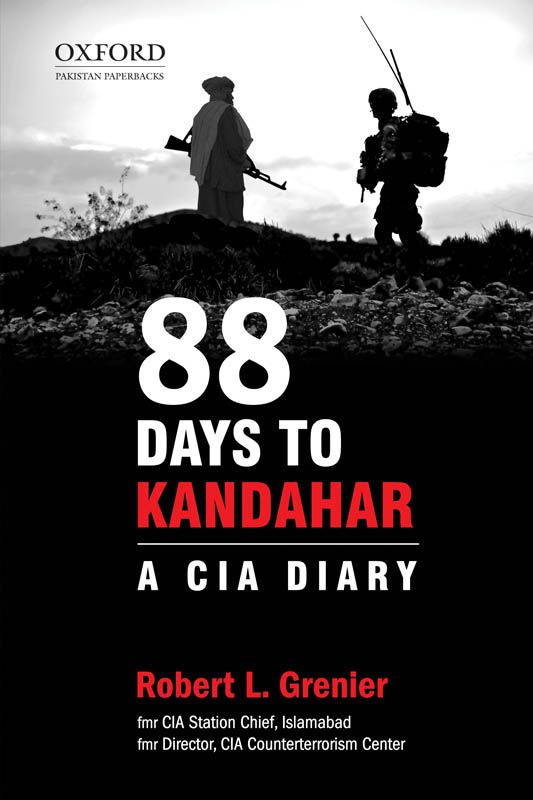 Look Inside
Skip to the beginning of the images gallery
PKR 295
Out of stock!
Add to Wish List Add to Compare
Additional Information
Reviews
Notify me when this product is in stock
Filter