In the region of Sindh, both the late colonial and early post-colonial states combined major attempts to control the natural environment with a serious engagement with representative politics. Both the colonial and post-colonial governments capitalized on the heroic rhetorical potential of barrage irrigation projects, creating a discourse in which the modern state's unique ability to mobilize scientific expertise in the public good justified its rule.

This book shows how much the late colonial and early post-colonial states had in common. It reassesses Pakistan's experience of independence in the longer context of the rising, often mutually-contradictory ideas that the state was responsible for promoting material progress and that political participation should be extended. These ideas both drove and responded to changing relationships between rulers, politicians, and rural magnates in Sindh between the 1920s and 1960s. The book thus examines tensions between representative and developmental sources of state legitimacy.

Based on archival material gathered in Pakistan, India, UK, and USA, the book fills a gap in historical writing on modern Sindh and Pakistan. It provides a counterpoint to the trend in South Asian historiography over the last twenty years of focusing on identity politics. Instead, it asserts the continued importance of broader analysis of how modern states have engaged with large-scale infrastructural development in conjunction with constitutional change.

'1947, the year of the independence of India and Pakistan, was a key date in South Asia's history. But as Timothy Daniel Haines shows in this compelling study of the politics of irrigation in Sindh, a focus on the interplay between the state, the people, and the environment, requires that historians cross the line between the era of empire and the era of the nation-state. In studying the history of large-scale irrigation projects in Sindh-from the planning of the Sukkur Barrage in the 1920s through the politics of irrigation during the One Unit era of Ayub Khan's time-Haines shows how technological control over nature, and the manipulation of images of technological control over nature, were central to shaping both the legitimacy of the state and the structure of politics that defined the region. This is an important work not only for how we understand Sindh's politics during this critical period, but also for how we think about the intersection between political and environmental history.'

Daniel Haines is a British Academy Post-doctoral Research Fellow at Royal Holloway, University of London. He holds a PhD in History from the same institution. He has previously served as a Visiting Faculty Member at the National Institute of Pakistan Studies, Quaid-i-Azam University, Islamabad, Pakistan. Haines is currently working on a political history of water resources development in the Indus Basin during and after Partition of the Subcontinent in 1947. 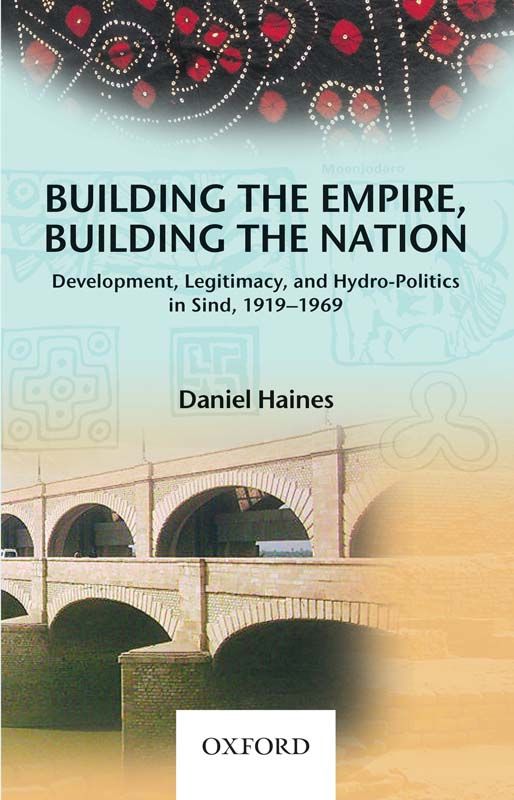 Look Inside
PKR 225
Out of stock!
Add to Wish List Add to Compare
Skip to the beginning of the images gallery
Additional Information
Reviews