Defiance of the Rose

The ebullience and vigour that famously marked the person of Perveen Shakir shines through in her work as well. This curation of hundred poems showcases her flair in a diverse poetic palette. On one end of the spectrum, we have poems that read like an open book, such as ‘Moon’ and ‘ Echo’. On the other end, there are more complex pieces, which unlock their meaning more reluctantly, such as the beguilingly titled ‘Tomato Ketchup’, which marches steadily on to its startling conclusion, and the endlessly nuanced ‘Those with the Memory of Camels’, which unveils a new shade upon every reading.

Also included in this collection are some insightful and astutely observed portraits of ordinary men and women in society as well as well-known figures. Rendered with the lightness of a water colour, their readability draws us in, and makes it all the more impactful when the final irony of their situation strikes at closure.

All said and done, her signature poems will, perhaps, always remain the ones in which she explores the full spectrum of feminine experience without apology, from its pleasures to its ordeals, and the range of roles it encompasses. Beyond any simplistic black and white notions of feminism and its implied denials, her embrace of womanhood is courageous and nuanced, comfortable with all its inherent contradictions, and revelling in every shade of its experience.

The hallmark of her work is her poetic style – simple, and crisp. Her verse maintains an airiness and ease of touch at all times. Even when the realms she explores are inky and opaque, her words never become obtuse (‘Macbeth’, ‘An Unearthly Night’). Similarly, in her shorter, tauter poems, where she plays with the gymnastics of a single sentence, the acrobatics of form do not eclipse the message, and these short pieces strike with the spontaneity of an overheard snippet from a conversation (‘Tantrum’, ‘Reorienting Focus’).

Perveen Shakir (1952–1994), was a Pakistani poet who is highly revered in literary and popular circles in the Urdu-speaking world and its diaspora. To this day, Maah-e-Tamaam (Full Moon), a compilation of her works published during her lifetime, is a staple on Urdu bookshelves in shops and homes. One volume of her verse, Qaf-e-Aaina (Mirror’s Rim) was published posthumously. For her poetic works, she received the most coveted literary honours in South Asia, including the Faiz Ahmed Faiz International Award for Poetry in India, and the President’s Pride of Performance Award for Literature in Pakistan, among many others.

Naima Rashid is an author, poet, and literary translator. Her forthcoming works include her own poetry and fiction, as well as a series of literary translations from Urdu, Punjabi, and French into English (after 2020). She has a background in linguistics, education, and writing, and has taught French language at the French Consulate of Jeddah, and the Alliance Française de Lahore, and French Literature at Kinnaird College for Women, Lahore. Her writings on visual arts and other subjects have appeared in Newsline magazine and other publications. This is her first book. 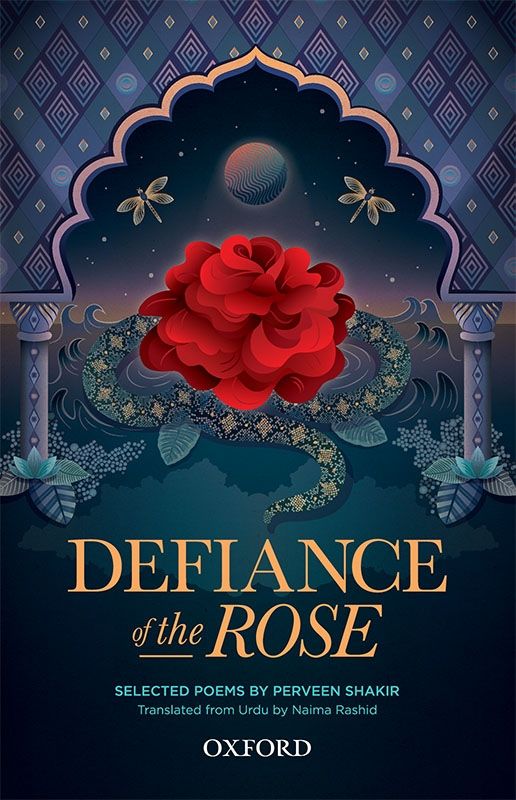