Jamsheed Marker’s lifetime in the diplomatic service of Pakistan gave him a unique vantage point. In cricket terms, he was at cover point, ‘near enough to the wicket to follow the action around the stumps...yet sufficiently distant for a general overview of the state of play’. Unlike his previously published book Quiet Diplomacy: Memoirs of an Ambassador of Pakistan (OUP, 2010), which is a rich history of his many ambassadorial assignments, Cover Point mainly covers Marker’s ‘impressions’ of Pakistan’s most powerful leaders. With the exception of the incorruptible Quaid-i-Azam Muhammad Ali Jinnah and his lieutenant Liaquat Ali Khan, all of Pakistan’s leaders ‘succumbed, in increasingly pernicious fashion, to the malign and pervasive influences of sycophancy and flattery’. This work relates the first-hand impressions of the author which he garnered during his illustrious career, starting with Quaid-i-Azam Muhammad Ali Jinnah up until the rule of General Pervez Musharraf.

Distinguished veteran Pakistani diplomat Jamsheed Marker hails from a well-known Parsee family of Quetta and Karachi. He was born on 24 November 1922 in Hyderabad, India. Marker received his education from the Doon School in Dehradun and the Forman Christian College, Lahore, where he graduated as a gold medalist with an Honours degree in Economics. During the Second World War he served as an offcer in the Royal Indian Naval Volunteer Reserve, first in command of a magnetic minesweeper, and then on combined operations in Burma. When the war ended, Marker joined his family business. He has served on the Boards of several public and private corporations in banking, insurance, and shipping.

In April 1965 Jamsheed Marker was appointed as High Commissioner of Pakistan to Ghana. Over the next thirty years he served as Pakistan’s Ambassador continually, in ten different capitals, with nine further concurrent accreditations, earning the distinction of being the world's longest serving ambassador, and ambassador to more countries than any other person. In 1986, when Marker was appointed Ambassador to the United States, he helped negotiate the Soviet military withdrawal from Afghanistan. At the United Nations, he served as Chair of the UN Security Council, as Special Advisor to the UN Secretary General Kofi Annan, and as UN’s Special Envoy to East Timor in 1999. He played a significant role in bringing about the resolution of the East Timor conflict and its subsequent independence.

Jamsheed Marker received the 1939–45 Star, the Burma Star, the War Service Medal, and the Victory Medal by the British for his services in World War II. His civil awards comprise the Sitara Quaid-i-Azam and Hilal-i-Imtiaz from the Government of Pakistan, the Madarski Konnik from the Republic of Bulgaria, and the L'ordre national du Mérite (National Order of Merit) from the Republic of France. In token of his leadership of the Group of 77 at the United Nations, he was bestowed the Grand Cross of the Order of San Carlos by the Republic of Colombia. 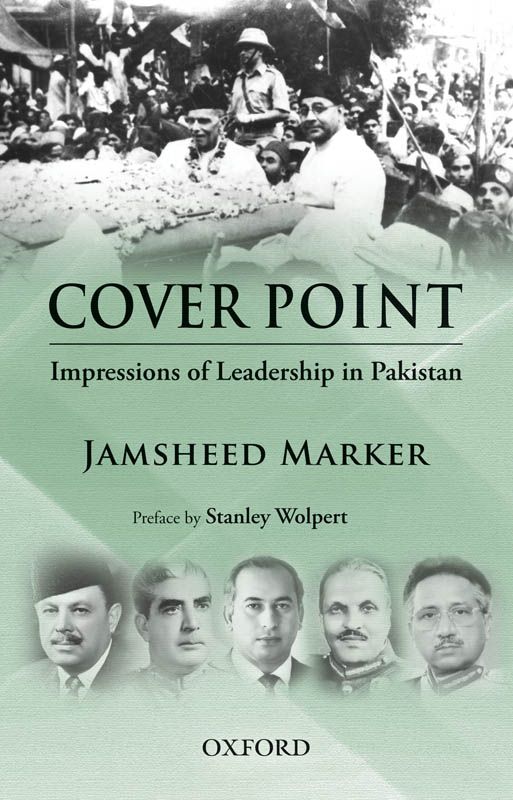