An Informal Cultural History of the 1970s
Edited by Niilofur Farrukh, Amin Gulgee, and John McCarry

Pakistan’s Radioactive Decade focuses on the cultural output of the 1970s, the most momentous ten years in the nation’s history. The book examines the unprecedented experimentation that occurred in a diverse range of fields, including art, dance, music, television, fashion, and advertising, among others.

Over forty writers present their reflections of the national scene. The book also includes the interviews of many iconic figures from the 1970s. The catalyst for the book was an exhibition by the same title held at Amin Gulgee Gallery in March 2016. Co-curators Niilofur Farrukh and Amin Gulgee commissioned 47 artists of different ages to create work inspired by this pivotal decade. These visual acts of remembering and reflecting are included in the book as well.

Pakistan’s Radioactive Decade serves as a testimony of the times. Voices of the nation have shared their memories of this vibrant and turbulent decade—an era which older generations reminisce over and the younger generation strives to comprehend.

Niilofur Farrukh is an art interventionist whose seminal initiatives have expanded the space for art publication, curation and public art. She co-founded NuktaArt and served as its Founder Editor (2004-14). Her book Pioneering Perspectives was aimed at countering the anti-women narrative of the 1980s. She co-curated four asna Clay triennials to reclaim the craftart continuum and make it relevant to contemporary practices. Niilofur is the curator of the No Honor in Killing, an exhibition on violence against women dedicated to the victims of the Nasarpur incident. She is one of the founders of Karachi Biennale Trust (2017) that established the Karachi Biennale and currently serves as its Managing Trustee and ceo. Niilofur is President of AICA Pakistan. She writes regularly for Dawn and Newsline.


Amin Gulgee is an artist and curator living and working in Karachi. He received a ba in Art History and Economics from Yale University in 1987 and won the Conger B. Goodyear Fine Arts Award for his senior thesis on Moghul gardens. He works primarily in sculpture, installation and performance. He has held multiple solo exhibitions worldwide, including his latest, “7” Galleria d’Arte Moderna and “7.7” in Italy in 2018, as well as international group shows. Amin has curated numerous group exhibitions at his eponymous noncommercial gallery in Karachi and elsewhere and was Chief Curator of the inaugural Karachi Biennale in 2017. Gulgee’s work is in important international collections and he has received numerous awards, including the President’s Pride of Performance in 2005, one of Pakistan’s highest civilian honours.


John McCarry received a ba in East Asian Studies from Yale University in 1986. His articles have appeared in National Geographic and geo, among other publications. He is the author of County Fairs, published by National Geographic Society in 1997. He has served as coordinator of Amin Gulgee Gallery in Karachi since its inception in 2000. 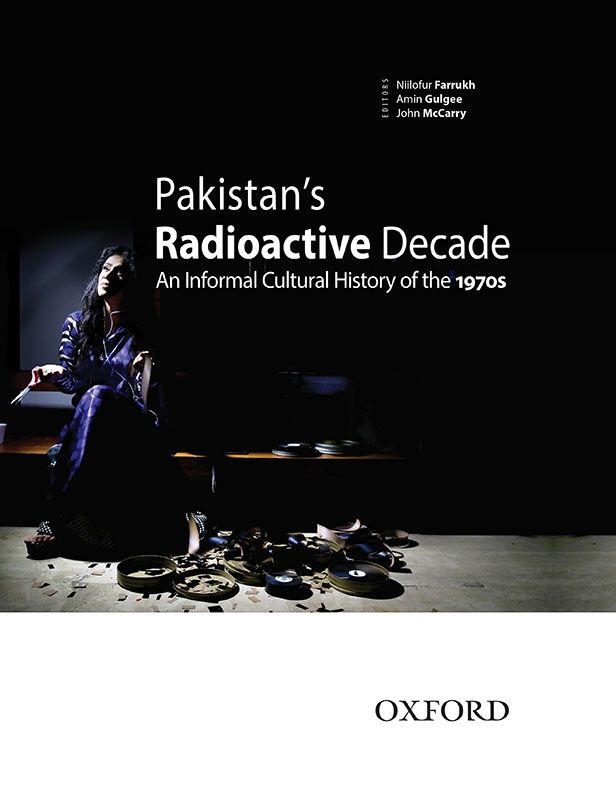 Look Inside
Skip to the beginning of the images gallery
PKR 3,500
In stock
Add to Wish List Add to Compare
Additional Information
Reviews