This book reviews the recent internal security challenges facing Pakistan. It is a timely and valuable addition to the literature on the subject of governance and the rule of law. It is based upon the author’s approximately four decades (1973–2011) of creditable public service and provides special insights into how Pakistan, as a state, has been mismanaged at all levels. Bringing a practitioner’s expertise, it will no doubt serve to inform the interested readership and stimulate debate on an issue that is of central importance to the survival of Pakistan as an effective state.
Author Description

Tariq Khosa graduated from the National Defence University, Islamabad. He completed his Master’s in Defence and Strategic Studies in 2005 and was a Hubert Humphrey Fellow under the Fulbright Exchange Program at the Graduate School of Public Affairs, University of Washington, Seattle in 1987–88.

The author began his career in public service in 1973 and has since remained involved in law enforcement. He had the distinction of serving as the Police Chief of Balochistan in 2007 and brought the entire province under police jurisdiction. His assignment as Federal Secretary of Narcotics Control Division (2010–11) placed him at the pinnacle of government service in Pakistan. Moreover, he was co-chair of the Governance Committee of the United Nations Office on Drugs and Crime (UNODC) Country Programme (2010–14). He also served as Director General Federal Investigation Agency (FIA) in 2009. As head of the federal police, he supervised the Mumbai terror attacks investigations (November 2008) and initiated the criminal investigation of the assassination of Benazir Bhutto (December 2007). He was also head of the National Central Bureau, Interpol, and was elected as the Delegate for Asia in the Executive Committee from 2009–12.

After his retirement in 2011, Tariq Khosa served as Advisor to the UNODC and co-founded the Police Reforms Group in 2013. He also helped draft the National Action Plan launched by the Government of Pakistan in 2015 and serves as Member of the Committee of Experts for the National Counter Terrorism Authority. He is a Member of the Geneva-based Global Initiative against Transnational Organized Crime.

Currently, the author lives in Lahore and writes on internal security, governance, and criminal justice issues. 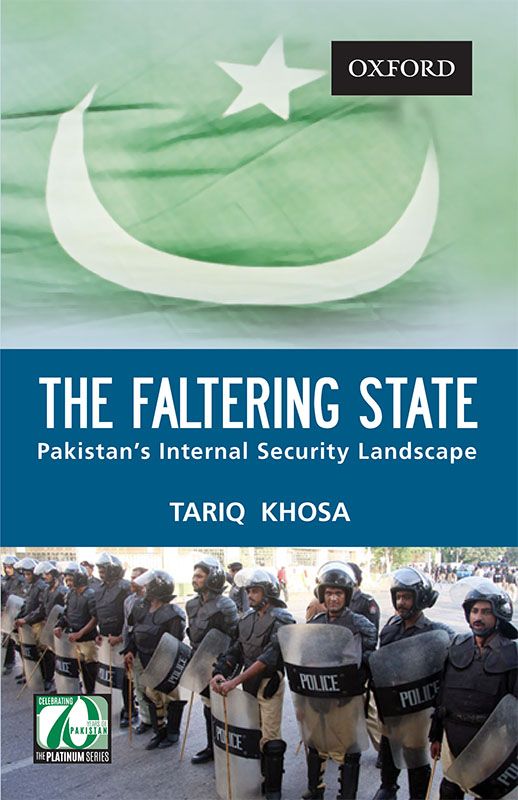 Look Inside
Skip to the beginning of the images gallery
PKR 1,425
In stock
Add to Wish List Add to Compare
Additional Information
Reviews
Filter