In the interwar years there arose a Muslim movement in the North-West Frontier (Khyber Pakhtunkhwa), the Khudai Khidmatgar (‘Servants of God’), which drew its inspiration from Gandhian principles of non-violence. The movement was dedicated to Indian nationalism rather than communal separatism. Virtually erased from the national historiography of post-Partition Pakistan, the aging veterans of the movement are even today highly respected in the region.

Although originally written in the pre-9/11 era and the resultant war with the Taliban, the second edition of the book is more relevant today than ever. This book is the first account of rank and file members of the Khudai Khidmatgar, analysing why they joined, what they did, and how they perceived the ethics and aims of the movement. It also attempts to scrutinize how the Pathans, stereotyped as violent and tradition-bound, were geared towards the ethics of non-violence and reforms in their traditional code of honour.

“Using a mixture of oral historiography and archival research, the author successfully reconstructs much of the organization and ethos of the movement and tells the tale of its rise and fall in the politics of the time…the topic is an extraordinarily interesting one, the writing, at its best, is fresh and lucid, and the historical and ethnographic evidence is rich and compelling.”

Mukulika Banerjee is the inaugural Director of the LSE South Asia Centre and is Associate Professor in Social Anthropology at the London School of Economics. She studied in Delhi and Oxford Universities and taught at Oxford and UCL before joining LSE. She has conducted ethnographic research in Khyber Pakhtunkhwa (NWFP) in Pakistan from 1990–1993, and in India since 1998. She has published widely and her books include Why India Votes? (2014),The Pathan Unarmed (2001), The Sari (2003), and has edited Muslim Portraits (2007). Banerjee is currently completing a monograph on the social imaginaries of democracy based on fifteen years of research in rural India. 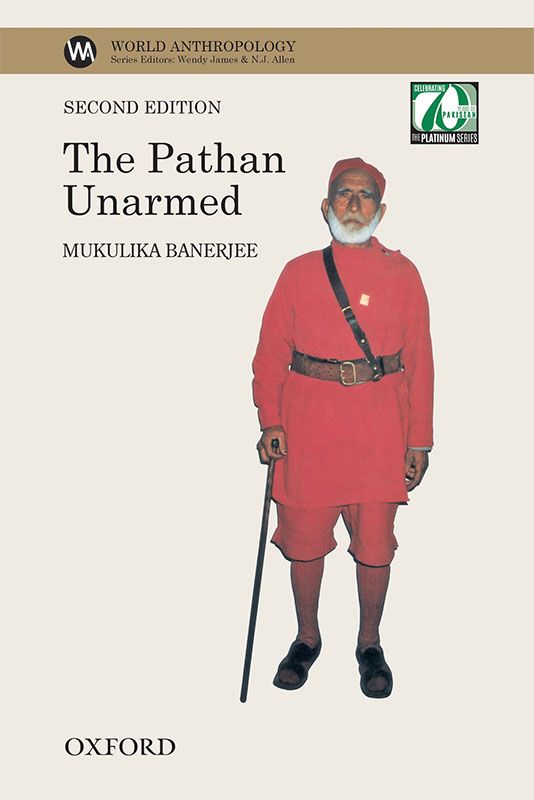