Originally published in 1944 by Hosali Press, Bangalore, this book is believed to be one of the first full-length English language novel by an Indian Muslim woman in the pre-Partition era. It has clear links with the biting criticism in the feminist Urdu fiction of writers such as Ismat Chughtai and Rashid Jahan. It mounts a scathing attack on the traditional systems of purdah and polygamy in which a man is treated as a virtual god and women, who are often barely literate, as chattel. Through its ironic tone, the novel demonstrates the corrupting influence of this patriarchal system and its power to warp the lives of the women who live under it.

For this historically significant work, Jessica Berman of the University of Maryland, Baltimore County, USA, has written the Introduction and provided contextual footnotes for the text. Also included are essays by literary critic Muneeza Shamsie (International Advisory Board, Journal of Postcolonial Writing) and academics, Suvir Kaul (University of Pennsylvania) and Arif Zaman (London School of Business and Management).

‘This is a ground breaking novel, a pioneering work of feminist fiction and of particular significance in the literary history of South Asian English literature.’

Iqbalunnissa Hussain was a women’s rights activist, educationalist, and reformer. She was the author of several books, including Changing India: A Muslim Woman Speaks (OUP, 2015), a groundbreaking autobiographical and contemporary reflection on social issues, originally published in Bangalore, India, in 1940. She is one of the first Muslim woman to write a full-length novel in English during the pre-Partition era and has also been called the ‘Jane Austen of India’ by Sir R. Reddy, Vice Chancellor of Andhra University.

Jessica Berman is Professor of English, Gender + Women’s Studies, and Language, Literacy and Culture at the University of Maryland, Baltimore County, USA, where she also directs the Dresher Centre for the Humanities. She is the author of Modernist Fiction, Cosmopolitanism and the Politics of Community (2001), Modernist Commitments: Ethics, Politics and Transnational Modernism (2011), and editor of A Companion to Virginia Woolf (2016). Berman is a co-editor of Futures, the American Comparative Literature Association’s decennial Report on the State of the Discipline (2017) and also co-edits the Modernist Latitudes book series at Columbia University Press. From 2016–17, she served as president of the Modernist Studies Association. 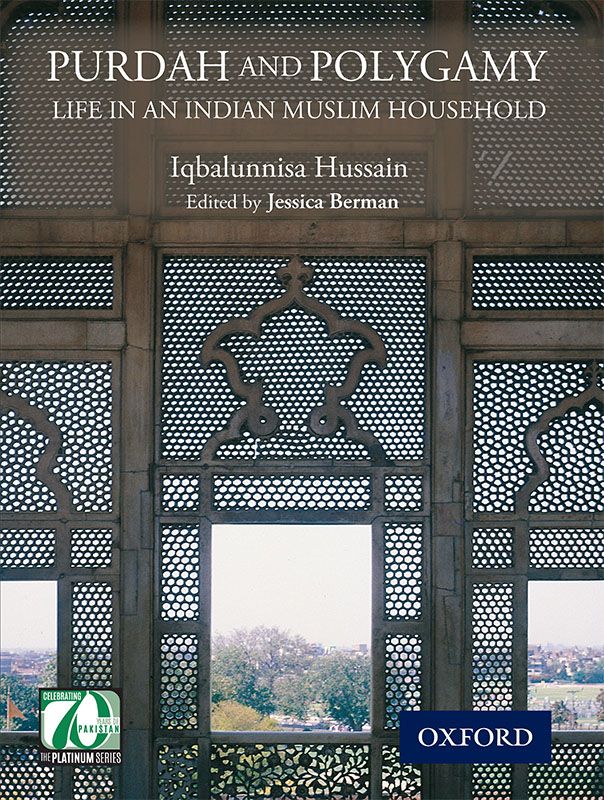 Look Inside
Skip to the beginning of the images gallery
PKR 1,295
In stock
Add to Wish List Add to Compare
Additional Information
Reviews
Filter