From Stasis to Mobility

Arab Muslim Feminists and Travelling Theory
Saiyma Aslam
This book takes into account the confluence of different factors in studying pressures on, and prospects for, the mobility of Arab Muslim women. Saiyma Aslam discusses Arab Muslim feminism as a travelling theory which is deeply sensitive to global realities. She calls for a challenge to the long-celebrated myths and ideologies that have circulated within or outside the Muslim world regarding the status and role of Arab Muslim women. The book considers their lived reality as diverse, fluid, and marked by heterogeneity. It explores the works of two writers, the Moroccan sociologist Fatima Mernissi and the Egyptian novelist Nawal El Saadawi, who call attention to the stasis in domestic gender relations and the processes of change under global restructuring.
Author Description

Dr Saiyma Aslam is Assistant Professor in English Literature at International Islamic University, Islamabad, Pakistan, where she also teaches modern drama, modern fiction, postcolonial literature, South Asian literature, and globalization. She is a researcher in Postcolonial Studies and English Literature, with a focus on travelling theory, mobility, globalization, and Islamic feminism. She has published essays within the broader spectrum of feminist ethnography and intersections of Arab feminism, travelling theory, nation, and self. Her most recent research interests include connections between the Arab world and South Asia in women’s writing. 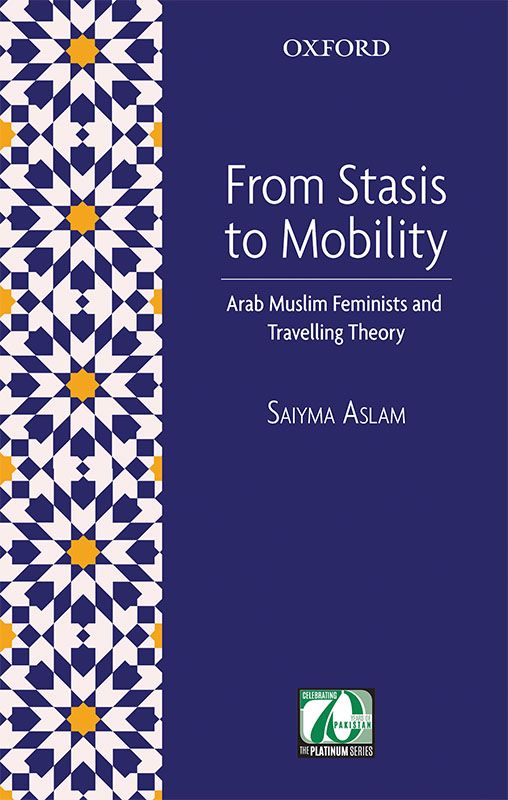 Look Inside
Skip to the beginning of the images gallery
PKR 1,300
In stock
Add to Wish List Add to Compare
Additional Information
Reviews
Filter