Blood over Different Shades of Green

The famous British philosopher and historian, R.G. Collingwood, suggested that a historian must ‘reconstruct’ history by using ‘historical imagination’ to ‘re-enact’ the thought processes of historical persons based on information and evidence from historical sources. That is what the authors of the present book have tried to do. The events of 1971 that resulted in the breakup of Pakistan are a milestone in Pakistan’s history. To retrieve what happened and why it happened is an exercise that so far has been avoided or left at best incomplete. The book based on published and unpublished memories of activists of 1971 attempts to give a critical assessment of the events and spell out lessons that have to be learnt.

Commissioned into 2 EB (Junior Tigers), he served the regiment till 1968, before qualifying as a pilot in Pakistan Army Aviation—where he served from 1968 to 1971. He became a prisoner of war (POW) in April 1971 while serving in former East Pakistan (Bangladesh), and was sent to the Panagarh POW camp in India. In July 1971, Ikram Sehgal became the first Pakistani officer to escape from an Indian POW camp.

He was posted to 44 Punjab (now 4 Sindh) in November 1971 and saw action as Company Commander in the Thar Desert, getting ‘battlefield promotion’ to the rank of Major on 13 December 1971. He participated in the counter-guerrilla operations in Balochistan in 1973, before leaving the Pakistan Army, and later became a commercial pilot. Sehgal set up his own business in 1977, specializing in trading and counter trade.

He is the chairman of the Pathfinder Group Pakistan, which includes two of the largest private security companies in the country in the Security Services Division (SSD) and the largest IT and relevant companies in the Financial Services and Technology Division (FSTD). Involved in various national and international organizations, he is a member of the World Economic Forum (WEF) and a Director of the EastWest Institute (EWI), a US-based think tank; member of the WEF Partnering Against Corruption Initiative (PACI) and a former member of the Global Agenda Councils (GAC) for (1) counter-terrorism and (2) anti-money laundering.

He has served on the Board of Directors of Bank Alfalah since its inception for sixteen years and been elected in January 2019 as Chairman of K-Electric. He has been a Director of the Business Advisory Board (BAB) of the International Organization for Migration (IOM), Geneva and Co-Chairman of the ‘Pakistan Committee’ of the Swiss-Asian Chamber of Commerce (SACC), Geneva.

Sehgal is a regular contributor of articles in newspapers that include the Daily Times, Express Tribune, Daily Express, Ausaf, Taqat, Khabrain, Intekhab, Ittehad, and Awami Awaz (Sindhi) as well as the South Asian Monitor (Malaysia). He has also written regularly for The Nation, Nawa-i-Waqt, The News, and Daily Jang for several years. He appears regularly on current affairs programmes on television in his capacity as a defence and security analyst.Bettina Robotka has a PhD from the Institute of Asian and African Studies (IAAS), Humboldt University, on the Indian National Movement in nineteenth century UP. For over thirty years, she taught various aspects of Indian colonial and Pakistan history at the IAAS. From 2005 to 2010 and 2012 to 2013, she joined the Higher Education Commission (HEC) foreign faculty programme as a full professor and taught various courses in history and social sciences at IBA and IoBM, Karachi.

Bettina Robotka has published extensively on topics like history of the national movement in the subcontinent, Iqbal, political system of Pakistan, democracy in South Asia, and the role of Islam in politics. She is now working on aspects of Pakistan’s international relations and foreign policy. She reviews articles for several HEC recognized journals of Pakistan and evaluates PhD theses for the University of the Punjab, IIUI, and Area Study Center for Europe, University of Karachi. 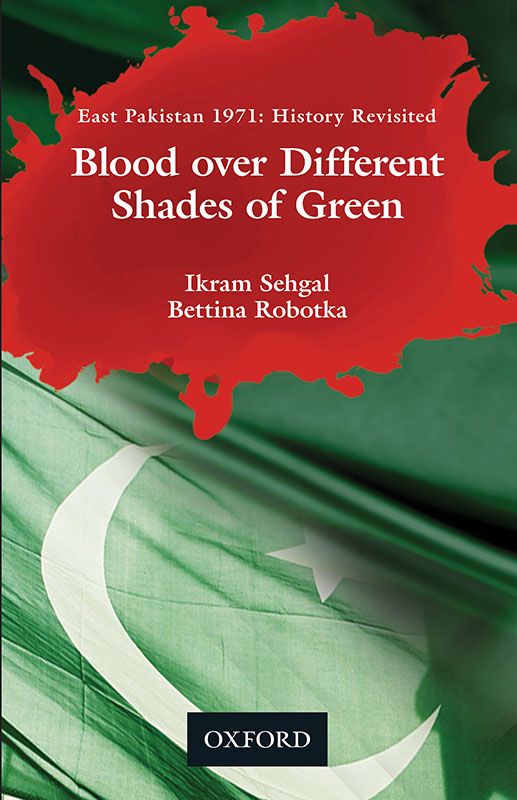 Look Inside
PKR 2,015
In stock
Add to Wish List Add to Compare
Skip to the beginning of the images gallery
Additional Information
Reviews
Filter