Attiya Dawood
This book covers the history of Sindhi literature and changes occurs during last seventy years in all genres of Sindhi literature including short-story, poetry, travelogues etc. It also presents the summary of the situation of Sindhi literature before the partition. An effort has been going on to learn the national language Urdu as well as regional languages literature and to make homogeneity among them. In this book, during the last seventy years, the created literary topics and literary tendencies as well as literature influenced by political and social affairs of the contemporary have been offered. Thus, the book is not only related to Sindhi language and literature but also to be proved as a major part of the history of Pakistani literature. In the same way, this will not only be studied by Urdu speaking readers but also by regional language speaking people. Urdu speakers are not only living in Pakistan but also in other countries of the world, therefore, the book will not only having interest for the internal Urdu speaking folks (Pakistan) but also the people who are abroad.
Author Description

Attiya Dawood, the celebrated Sindhi poet, writer, activist, has been hailed as the ‘most important feminist writer in Sindhi’ by Shaikh Ayaz, the renowned Sindhi poet. Through her writings she has highlighted the oppression of women in Pakistani society in the name of tradition. In her poetry she raises her voice against misogyny and bias and in support of women who fight for empowerment and equal rights with men. Atiya Dawood’s work has found appreciation in Pakistan and abroad. Her poems have been translated into German by Annemarie Schimmel, the noted Iranologist and scholar who wrote extensively on Islam and Sufism, and also into English and Urdu. A poem was published in Jane Goodwin’s Book The Price of Honour. She has published six books and articles on women’s rights, peace, justice, gender issues in the major national dailies and literary magazines. She is a recipient of the Sindh Adeeb Award awarded by Akhil Bharat Sindhi Boli Ain Sahit Sabha, India. Born in a small village of Sindh, she got her education from Hyderabad and obtained a Master’s degree in Sindhi Literature from University of Sindh, Jamshoro. She also got legal aid training from Zia Awan a famous lawyer. Her various articles are being published in various journals and publications. She is currently working as a script editor for a private television channel and has published many books in Sindhi and Urdu languages. 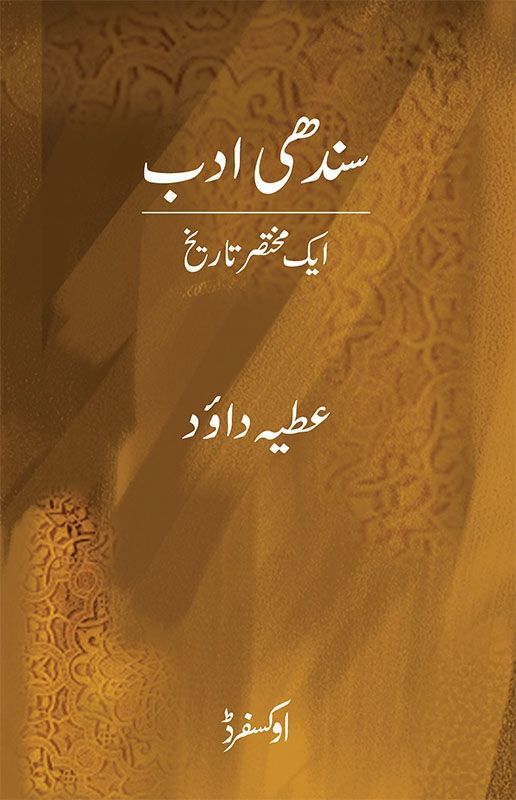