Kishwar Naheed
So little has been written about culture in Pakistan that this book by Kishwar Naheed must be counted among the very first to appear on this topic. She has been Managing Director of the National Council of Arts, Pakistan, for several years and even otherwise has been personally involved with the Arts and the artists in her professional and private life. The book is comprehensive and touches on every aspect of Pakistani culture covering all its provinces, literature, fine arts, historical places, theatre, film and drama, food, festivals and sports. There is no aspect of culture that the book has left untouched. As could be expected from a writer of her stature, in places it is critical of the suppression of cultural activities during the Martial Law of General Zia ul Haq. There is of course a personal touch in her treatment of her subject.
Author Description

Kishwar Naheed is one of the best- known feminist poets of Pakistan. Her first collection of poetry, Lab-e-Goya, published in 1968, won the prestigious Adamjee Prize for Literature. This collection of traditional ghazals was followed by a collection of nazms; translations of foreign poetry; and by many works in free verse. She also wrote for children and for the daily newspaper Jang; published her autobiography in 1994 (it appeared the following year in India); and in 2001 saw her collected poetic work released in a 1312-page volume entitled Dasht-i-Qais Mein Laila. Her daily columns in Jang were also collected and published in 1999. Her poetry has been translated into English and Spanish and her famous poem ‘We, sinful women’ gave its title to a path-breaking anthology of contemporary Urdu feminist poetry translated and edited by Rukhsana Ahmad, published in London by The Women’s Press in 1991. The Library of Congress has 25 works by Kishwar Naheed in its collection. She held the position of Director General of the Pakistan National Council of Arts before her retirement, edited a prestigious literary magazine called Mah-i- Nau, and founded an organization named Hawwa (Eve) whose goal is to help women without independent incomes to become financially independent through cottage industries and selling handicrafts. 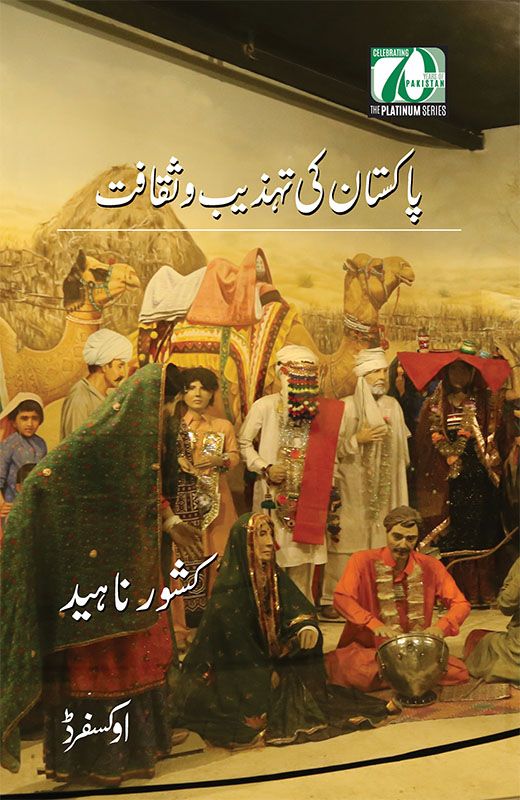