Gondniwala Takiya is a novel about fluctuating moral values and the evolving social milieu in rural Punjab of the early 20th century. A Takiya, or corner, was a reclusive place for hermits and Sufis, where they could retire for meditation. But the people of village too used to gather at the corner, either to meet the Sufis or to discuss matters of everyday life among themselves. Today, as a result of changing values and commercialisation, hardly any such ‘corners’ are left anymore. Hence, the ‘corner’ has a symbolic value in this novel.

The work’s depiction of rural Punjab is outstanding. It is one of the earliest Urdu novels to portray rural Punjab realistically. Sultan, the main character, returns to his village after a long time and is shocked to see that the corner that was shaded by a fig tree is no more. Sufi Nageena, who used to rule there, is gone and the people who surrounded the Sufi are nowhere to be seen. Although Sultan is happy with the clear progress that the village has made over these years, the deep sense of being an alien in his own village grips his heart.

While it was Ghulam Abbas’s short stories, such as Aanandi and Katba, which brought him fame and established him as a master of the Urdu short story, his novel Gondniwala Takiya, was also widely acclaimed.

Ghulam Abbas was born on 17 November 1909 at Amritsar, East Punjab. He received his early education in Lahore and was later admitted to Dayal Singh High School. He was very fond of writing and many of the literary magazines of Lahore began publishing his literary translations. He worked as assistant editor of Phool the popular magazine and Tehzeeb e Niswan from 1928 to 1937. During this period he wrote and translated many stories for children. In 1938, he moved to Delhi to become editor of the All India Radio’s magazine Awaz. After Partition, he moved to Karachi and started publishing Radio Pakistan’s magazine Aahang. He then moved to England and joined the BBC. In 1952 he returned to Karachi. The Government of Pakistan awarded him with the Sitara e Imtiaz in 1967. He died in Karachi in November 1982. 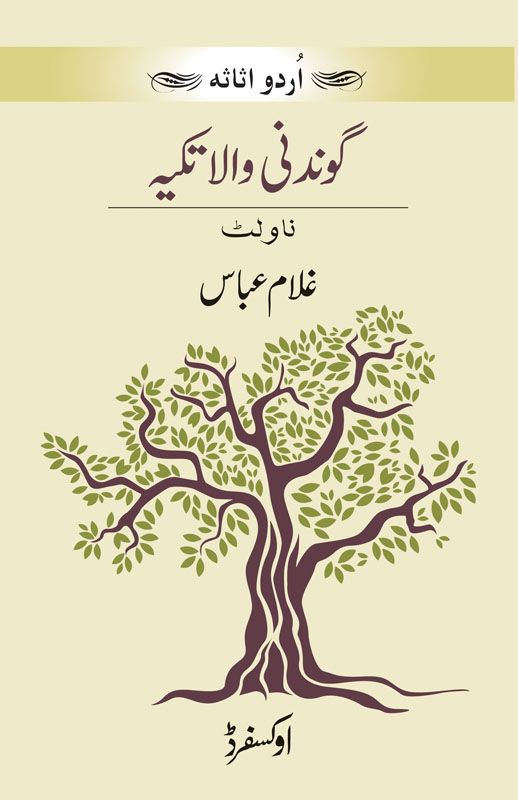