This book critically examines the feminization of the Jamaat-e-Islami, a major movement for Islamic renewal and reform in South Asia. Through an ethnographic and textual study of Jamaat women elected to local, provincial, and national bodies in Pakistan from 2002 to 2008, Jamal draws attention to the cultural-political forces that enabled these women to become influential within the party and in Pakistan’s major urban centers of Karachi and Lahore.
Jamal situates Jamaat women within Islamic modernism without reifying them as either pious agents reacting to state- imposed modernization or gendered citizens who use Islam for class-based instrumental ends. Jamaat women are represented as subjects who move in many directions by acting against and through the discourses of Islamic tradition, cultural modernity, and modernization.

‘By nature of its innovative and original analysis of women members of the Jamaat-e-Islami in Pakistan, the book represents a crucial contribution to the field of Pakistan, Islam, and women’s studies.’

‘Amina Jamal’s learned and masterly study of Jamaat-e-Islami women in Pakistan is a brilliant intervention into a specifically South Asian gendered modernity. This is required reading for all those interested in the heterogeneity of Muslim women and in the emergence of a female vanguard that cannot be understood through a dichotomy between secular and religious.’

—Inderpal Grewal, author of Home and Harem: Nation, Gender, Empire, and the Cultures of Travel

‘Jamal’s biggest contribution lies in her ability to challenge the popular constructions of women who occupy leadership positions in the Jamaat. . . . Rather than being rooted in the past, as is so often believed, these women . . . play a very active role in using modernity to meet their ends.’

Amina Jamal is associate professor in the Department of Sociology at Ryerson University in Toronto, Ontario. 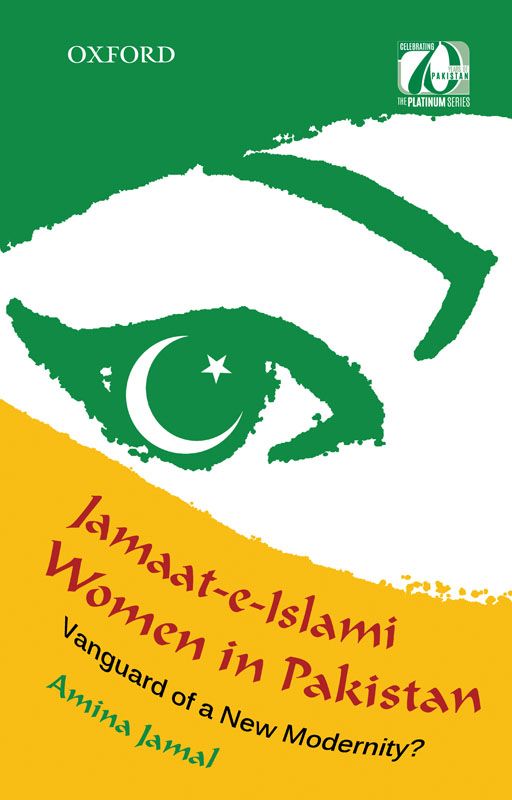