The Global War on Counterfeit Drugs
Muhammad Hamid Zaman
Long the scourge of developing countries, fake pills are now increasingly available everywhere. The explosion of Internet commerce, coupled with globalization and increased pharmaceutical use, has led to unprecedented vulnerabilities in drug supply. Today, an estimated 80 percent of our drugs are manufactured overseas, mostly in India and China. Every link along this supply chain offers an opportunity for counterfeiters, and increasingly, they are breaking in. In 2008, fake doses of the blood thinner Heparin killed 81 people worldwide and resulted in hundreds of severe allergic reactions. In 2012, a counterfeit version of the cancer drug Avastin, containing no active chemotherapy ingredient, was widely distributed in the United States. In early 2013, a drug trafficker named Francis Ortiz Gonzalez was sentenced to prison for distributing an assortment of counterfeit, Chinese-made pharmaceuticals. By the time he was arrested, he had already sold over 140,000 fake pills to customers. Even when the system works, as it mostly does, consumers are increasingly circumventing the safeguards. Bitter Pills will heighten the public’s awareness about counterfeit drugs, critically examine possible solutions, and help people protect themselves. Author Muhammad Hamid Zaman pays special attention to the science and engineering behind both counterfeit and legitimate drugs, and the role of a “technological fix” for the fake drug problem. Increasingly, fake drugs affect us all.
Author Description 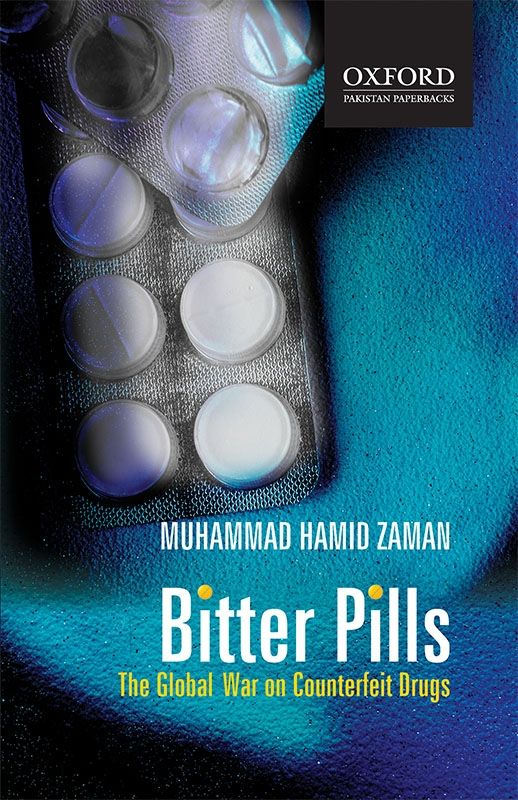