Zulfi Bhutto of Pakistan: His Life and Times

No individual in the history of Pakistan—indeed, few people in modern history—have achieved greater popular power or suffered so ignominious a death as Zulfikar Ali Bhutto. Bhutto’s political rise and fall was so meteoric that his name became a legend in the land he once ruled.

This volume traces the life of Zulfikar Ali Bhutto, from the colourful days of his feudal ancestors to his imprisonment and hanging at the hands of a military dictator.

Bhutto was a charismatic and contradictory man. He climbed the heights of power with amazing swiftness, winning a seat in the central Cabinet of Pakistan at the unprecedented age of thirty. Wolpert weaves Pakistan’s turbulent politics and repeated wars with India together with Bhutto’s ambitious manoeuvring, tracing his rise as Foreign Minister, to the founding of his own political party, the PPP, and finally, leadership of the nation. The story of Bhutto’s sometimes inspiring and sometimes quixotic career is a fascinating one and Wolpert tells it brilliantly through Bhutto’s triumphant years in the mid-1970s, the military coup in 1977, and his treacherous imprisonment and execution in 1979.

Wolpert’s intensively researched, engagingly written account captures the scheming, the grandeur, and the contradictions of one of modern history’s most fascinating figures.

Stanley Wolpert (1927–2019) was Professor Emeritus of History at the University of California, Los Angeles. He is the author of Shameful Flight: The Last Years of the British Empire in India; Gandhi’s Passion: The Life and Legacy of Mahatma Gandhi; Nehru: A Tryst with Destiny; Jinnah of Pakistan; and A New History of India. 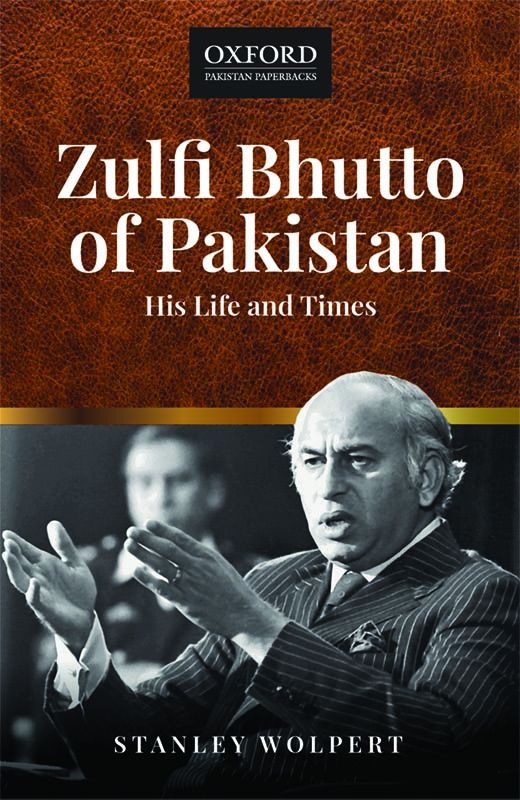