Begum Ra’ana Liaquat Ali Khan was the wife of Pakistan’s first prime minister. She was born Irene Margaret Pant in Kumaon in the early twentieth century. Always intelligent, outgoing and independent, she was teaching economics in a Delhi college when she met Nawabzada Liaquat Ali Khan, a rising politician in the Muslim League who championed the cause for Pakistan. They married in 1933 and Irene Pant became Ra’ana Liaquat Ali Khan. In August 1947, they left for Pakistan where Ra’ana set about working for nation building. After Liaquat Ali Khan’s assassination in 1951, she continued to be active in public life and her contribution to All Pakistan Women’s Association (APWA) and women’s empowerment in Pakistan is felt to this day. Her story embodies all the major tropes of the Indian subcontinent’s recent history. She participated actively in all the major movements of her time—the freedom struggle, the Pakistan Movement and the fight for women’s empowerment. It is this spirit that this book captures.

Deepa Agarwal is a poet, translator and the author of several acclaimed children’s books and winner of the NCERT award for children’s literature.

Tahmina Aziz Ayub has a postgraduate degree in social anthropology from the University of Sussex, UK, and has worked in the fields of gender and development, human rights and women’s empowerment.

‘The Begum is a rare, unusual and riveting biography …’

– Muneeza Shamsie, critic and author of Hybrid Tapestries: The Development of Pakistani Literature in English 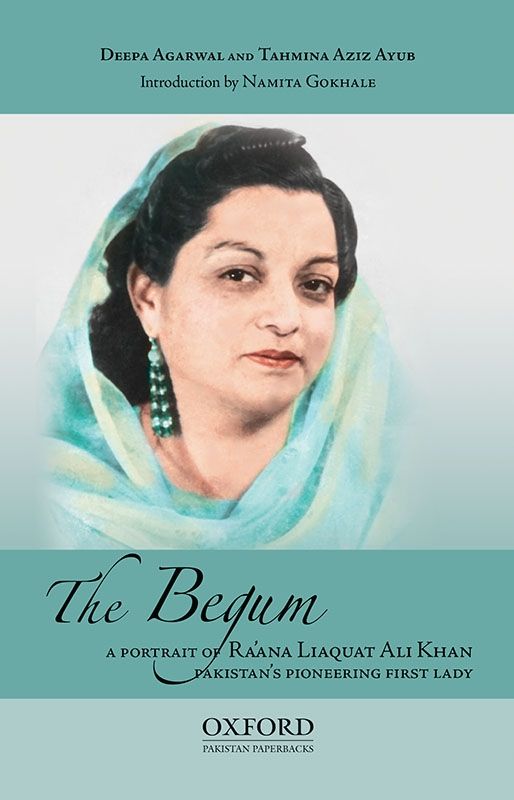