With an Epilogue on Russia
Sir Olaf Caroe

Morocco for Imperial France and India for Imperial Britain were the ‘jewels in the Crown’. Their finest officers were posted to administer the traditionally independent-minded tribesmen, the Berbers in the former case and the Pathans in the latter. Through sensitivity and intelligence, many of these colonial officers overcame their political and racial prejudices and came to know the tribesmen well. Some of them like Montagne for the Berbers, and Caroe, Howell, and King for the Pathans—have left behind material which contains authoritative ethnographic and political accounts. Their inherent bias in viewing the tribesman as a noble savage created a romantic picture of him. But the affection is genuine. Whether writing for the public or for more private, often confidential, readership, the respect and affection of these officers for the tribesmen emerges clearly. In a profound sense they identified with the tribes- men. Caroe is a good example. He was, as he never tired of repeating, a Yusufzai Pathan in spirit and heart. His love for the Pathans, their language, their code, and their lands was undiminished to the end. And, to the end, a lucid mind, a literary pen, and a wide circle of interested friends allowed him to contribute to Pathan studies. Caroe’s The Pathans is at one and the same time a classic and contemporary book. It is—with its Epilogue—essential reading for anyone interested in recent development in Afghanistan and Pakistan.

Louis Dupree, who knew and corresponded with Sir Olaf Caroe over a number of years, also writes:

Although one can occasionally disagree with Sir Olaf, one cannot but admire him and, if one has met him, love him. The literary contributions of Sir Olaf will be around for generations to come. Also, he was a powerful figure in the British Indian Government and his role in the perpetuation of both the myths and the realities of the boundary legacies of the British in South Asia remains significant. History will continue to analyze these sensitive frontiers.

‘I have executed a memorial longer lasting than bronze’. (Horace)

Sir Olaf Caroe’s acquaintance with the Pathans—Pakhtuns or Pashtuns—is spread over a period of nearly sixty years. He first went to North-West Frontier in early 1916 as an officer in The Queen’s Regiment and was stationed in Peshawar and Nowshera. After the First World War he joined the Indian Civil Service and, following three years in the Punjab, was posted to the Frontier in the Political Service where he held, in succession, charge of the Districts of Mardan, Hazara, Kohat, and Peshawar itself. He was later appointed Chief Secretary when the Frontier became a Governor’s Province. In 1934 he was sent to Delhi in the Foreign Department in which he eventually served as the Viceroy’s Foreign Secretary throughout the Second World War. The Government’s dealing with the North-West Frontier, Baluchistan, and of course the independent peripheral state of Afghanistan, were in his hands over a period of some ten years. Later, in 1946–7, he crowned his career by becoming the last British Governor of the Frontier before independence. He expired on 23 November 1981.

The Pathans is a labour of love and in its pages the Pathan and the grandeur of his scenic setting spring to urgent life. The Pathans themselves recognize this work as the locus classicus of their history.

This impression includes an Epilogue written by the author (just prior to his death) in the light of recent events in Afghanistan. 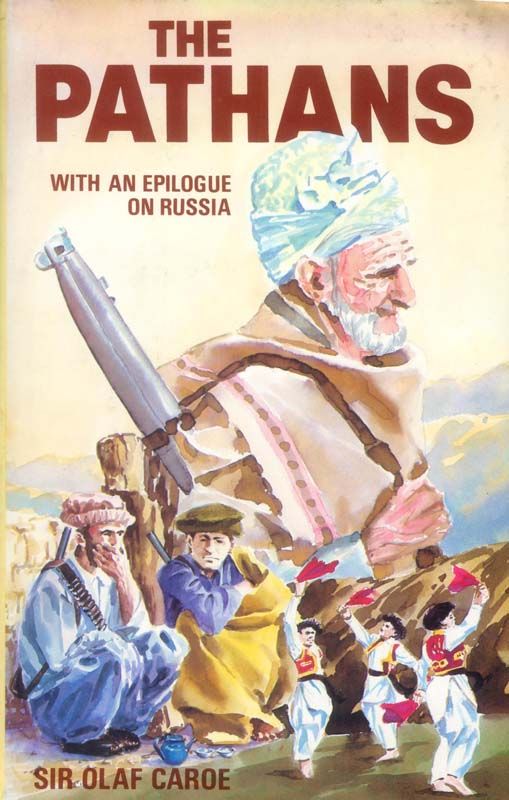 Look Inside
Skip to the beginning of the images gallery
PKR 1,785
In stock
Add to Wish List Add to Compare
Additional Information
Reviews