Salma Shanul Haq Haqqee
The book is divided into two parts. The earlier part features the first meeting between the author and Safia in the Women's College of Aligarh Muslim University. These were happier days for Safia, before she married Jan Nisar Akhtar. In this part, the author focuses on the college and on college life, a setting she shared with her protagonist. This part of the book is a useful contribution to an important period in social history, when Muslim women in the subcontinent were just beginning to reach out towards higher education. The second part gives an account of Safia's tragic married life, based mainly on letters she wrote to her husband, which have been compiled in two volumes as Harf-e-Aashna and Zer-e-Lub. Safia was herself a well read, gifted writer, although stifled by an unfortunate marriage, as evidenced by her letters.
Author Description
Salma Haqqee was born in 1919 in Delhi. Educated at Delhi and Aligarh, she taught at Aligarh before migrating to Pakistan in 1947. She was married to the well-known Pakistani author, lexicographer, and translator Shanul Haq Haqqi, who among other things was responsible for compiling the Oxford English to Urdu Dictionary. Salma Haqqee is considered to have been an important helpmate and assistant to her husband in his literary and scholarly pursuits. She passed away in Canada, where she had moved with her husband, in 2003.
Skip to the end of the images gallery 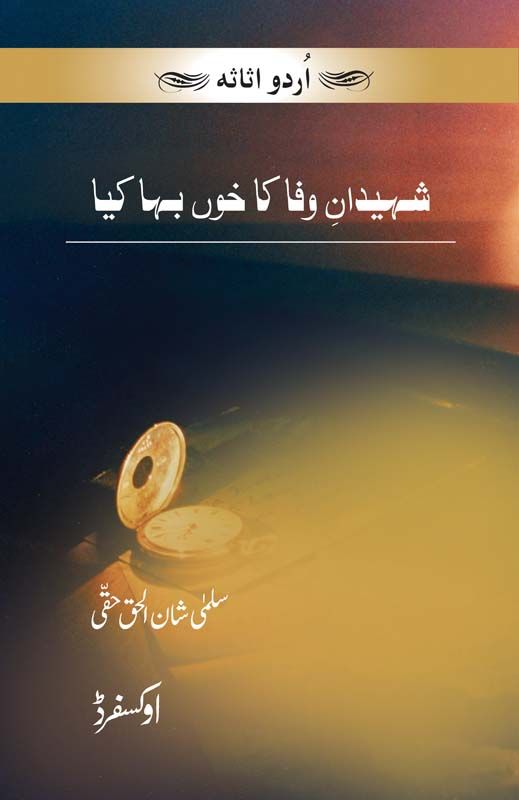