The Origins and Early Development of SHI‘A ISLAM

Backed with thorough and original research, this book is a study of Shi‘a Islam based mainly on the oldest historical sources, rather than on heresiographical works, thus filling a serious gap in the field of academic study. Here, the author has reconstructed and presented the development of an Islamic ideal in the form of Shi‘ism: that of a particular vision of religious leadership which derives its authority directly from the person of the Prophet Muhammad (PBUH) and which, therefore, enjoys divine sanction in deciding all cases of conscience. Presented here is a rare confluence of traditional and critical scholarship, leading to the emergence of a most authoritative and comprehensive account of a crucial development in the formative period of Islamic history. This is both a theological and sociological study. The chapters on the abdication of Imam Hasan (RA) and the social structure of the city of Kufa, present new material and interpretation.

In a nutshell, his talent encompass[es] a complete grasp of the subject, a flawless writing style and a method of presentation meeting Western standards of dispassionate inquiry…should be considered the best book on the subject…
The Pakistan Times

…[This] is without doubt a very precious and welcome addition to the literature of Sh‘ia Islam…The theme of this book is immense. The secular historian will find here a reservoir of accurate facts which may help to correct the inaccuracies and distortions which mar even learned works of intensive research.
Islamic Studies

The fact that the study has drawn heavily on historical sources of both Shi‘a and Sunni persuasions, as opposed to merely heresiographical writings, gives credence to the work and brings to light some findings hitherto obscure to scholars…The book is not merely a history of Shi‘a Islam, but also a source of researched and analytical information on a variety of historical topics…
The Muslim World

Dr Jafri travelled extensively to attend international conferences and seminars and also lectured at numerous universities in the USA, Europe, Asia, and Africa.

Besides several books and articles published in international journals, he contributed to the Encyclopedia of Islam, Leiden; Encyclopedia of Modern Islamic World, New York; Encyclopedia of World Religions, USA; Al-Munjid Arabic Dictionary, Beirut. He was the founding co-editor of Hamdard Islamicus, Karachi, Pakistan.

Dr Jafri served in a number of important national and international academic, cultural, and socio-religious organizations. Most notably, he was Vice Chairman of the Executive Committee of Islam and the West International, Geneva, Switzerland, for two terms of three years each. 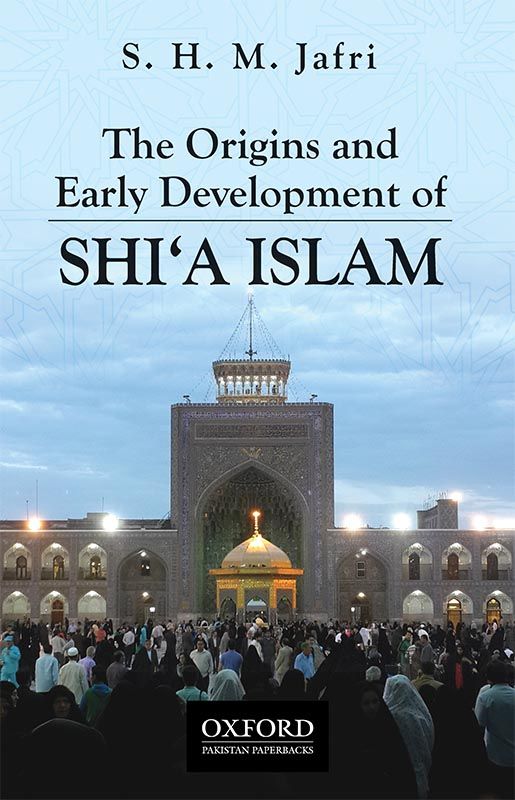