This book is a unique collection of papers on the languages and cultures in the northern areas of Pakistan and the surrounding regions. In a single volume, the editors have compiled the work of a variety of national and international scholars, long concerned with the linguistic aspects of the many languages discussed here. The basis for most of the articles is material collected in areas difficult to access, presented here in print for the first time. The material sometimes concerns languages likely to soon disappear. The different chapters reflect many of the complex regions and languages of northern Pakistan and its surrounding areas, thus being of interest to linguistic scholars across the world. This volume is dedicated to the memory of Carla Radloff, who was a well-known contributor to studies of the languages of northern Pakistan until her untimely death in 2012.

Joan L. G. Baart is a Senior Linguistics Consultant with SIL International and an Adjunct Professor of Linguistics at the University of North Dakota, USA. He received his PhD in Linguistics from Leiden University, the Netherlands. Among other contributions to the field, he has edited a series of studies on the languages of northern Pakistan.

Henrik Liljegren is Associate Professor of General Linguistics at Stockholm University, where he also received his PhD. Based on a vast amount of fieldwork, he has published insightful contributions to our knowledge of the languages of northern Pakistan.

Thomas E. Payne is a Senior Linguistics Consultant for SIL International and a Research Associate at the University of Oregon, Department of Linguistics. As the recipient of various post-doctorate awards, he has published many linguistics papers, articles, and books. 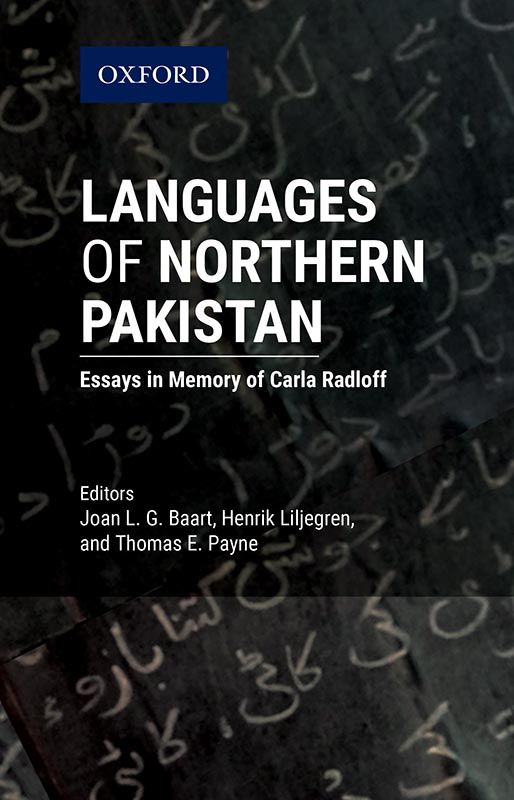 Look Inside
Skip to the beginning of the images gallery
PKR 1,745
In stock
Add to Wish List Add to Compare
Additional Information
Reviews