Karachi, the largest city in Pakistan has a major transport crisis. At independence in 1947 it had a fairly efficient public transport system. Since then, the State has made enormous investments to address its transport needs. Different models of public, private, and public-private partnerships were developed and implemented along with a railway system. Many of these initiatives met with considerable success to begin with, but ultimately fizzled out.

This book describes the pre-independence situation and subsequent initiatives while analysing the political, social, technical, and financial reasons for their failures and successes as well as the role of international financial institutions, and the judiciary. It also looks at the innovative responses of the informal private sector to the crisis, the pros and cons of present-day government planning, and the interests of various stakeholders in the transport drama that exists today.

Arif Hasan is an architect, planner, activist, teacher, researcher, and the author of a large number of books, research papers, and monographs on anthropology, urban and rural development issues. He has been the Principal Consultant to the Orangi Pilot Project-Research and Training Institute from 1981 to 2017. He is also the founding Chairperson of the Urban Resource Centre, Karachi and a founding member of the Asian Coalition for Housing Rights, Bangkok. All these projects are being replicated in a number of cities worldwide and have received international recognition. He has also taught at Pakistani and European universities, been a member of various UN committees, and his activism has led to the modification of a number of projects in favour of low-income communities. He has received a number of national and international awards for his work including the Hilal-e-Imtiaz and Prince Claus Award.

Mansoor Raza is an electrical engineer, environmentalist, and urban planner. Currently he is serving as a lecturer at the Development Studies Program, Department of Architecture and Planning, NED University of Engineering and Technology, Karachi. During the start of his engineering career, Raza got involved in social sciences research and is closely associated with civil society and the NGO sector. He has served as a research supervisor on the Green Line (BRT), Lyari expressway, and other transport and communication related issues in collaboration with the Urban Resource Centre and the International Institute for Environment and Development (UK). He has co-authored a number of books on transport, migration, land issues, and the street economy. Mansoor Raza is also an Urdu short story writer and his stories reflect social and economic issues that he deals with in his professional life.

The Urban Resource Centre is non-profit organization with the main focus to highlight the problems of general public through forums, research, and documentation. 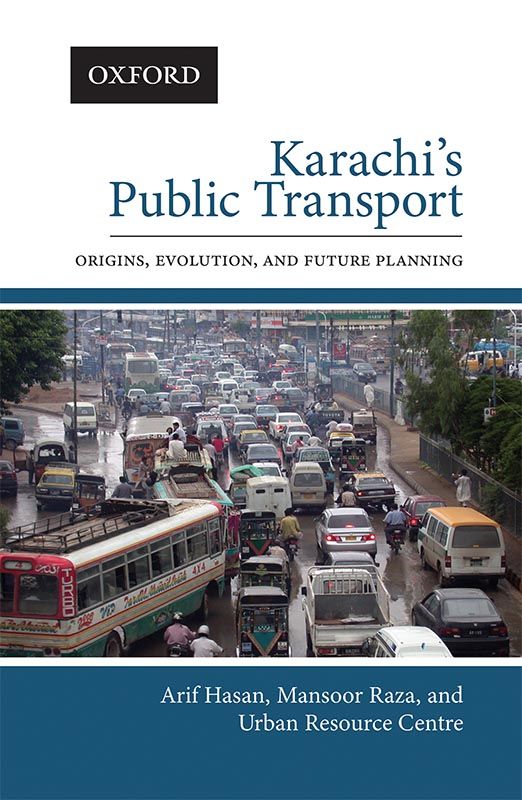