This book relates the life of Jamal Mian Farangi Mahalli, a highly respected scion of Lucknow’s scholarly culture and a major leader of the Pakistan Movement. Based on the archives left by Jamal Mian, in particular his personal diaries, it explores his life as a member of Farangi Mahall, South Asia’s leading family of Islamic learning from Lucknow. The author covers the colourful life of a dynamic personality–from his education in the Dars-i Nizami and the spiritual traditions of his family to his rise to the Muslim League High Command, and his involvement in the campaign for Pakistan.

Independence and Partition wrecked Jamal Mian’s family’s fortunes. An Indian citizen, he had to find work in East Pakistan to support his family. Eventually, the Government of India forced him to choose between Indian and Pakistani citizenship. During the 1950s and 1960s, while based in Dhaka, he was close to both Iskander Mirza and Ayub Khan. After losing almost everything in the Bangladesh crisis, he resettled in Karachi, and did different jobs. He was also involved in international Islamic organizations.

Through the book, one is able to gain insight into his relationships with Jinnah, Jawaharlal Nehru, and Mirza Ahmed Ispahani; his close friendships with Hasrat Mohani, the Raja of Mahmudabad, Sadri Ispahani, and Mufti Amin al-Husseini; his consistent opposition to the Islamization of Pakistani politics; the extent to which his life was infused by poetry and spiritual devotion; and the length of time it took for the meaning of Partition in his life to be realized in full.

Francis Robinson is a British historian and Professor of the History of South Asia. He completed his undergraduate and postgraduate studies at Trinity College Cambridge and went on to become the head of the Department of History at Royal Holloway, University of London. In addition to visiting professorships at the Universities of Oxford and Chicago, Professor Robinson has twice been President of the Royal Asiatic Society and was appointed CBE (Commander of the Most Excellent Order of the British Empire) for his contributions to Islamic Studies and Higher Education in 2006. A prolific writer, Professor Robinson has previously published numerous titles such as: The Mughal Emperors and the Islamic Dynasties of India, Iran and Central Asia; Islam, South Asia and the West; The ‘Ulama of Farangi Mahall and Islamic Culture in South Asia; and Islam and Muslim History in South Asia.

Translator
Khalid Nadeem is a poet and literary scholar who lives in Sargodha. He holds a PhD from the Punjab University Oriental College, Lahore, against his thesis, Dr Akhtar Husain Raipuri: Life & Contributions. He joined the University of Sargodha in 2008 and is working as an Associate Professor in the Department of Urdu Oriental & Languages. Nadeem knows five languages, viz. Punjabi, Urdu, Persian, Hindi, and English. His major fields are research, criticism, editing, translation, and poetry. He has published 19 books from Lahore, Karachi, Rawalpindi, Delhi, Kolkata, and Azamgarh. 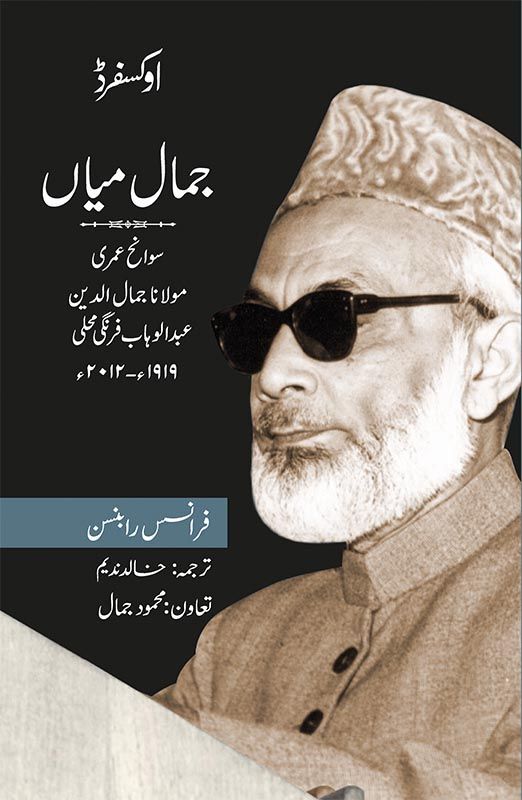