Translated and simplified by Sarwat Mohiuddin

Heer Waris Shah is the sixth book in the Literary Heritage Series for Young Readers. Selected translation of Heer Waris Shah into English is aimed to cater for a readership who is unfamiliar with the Punjabi language but is interested to know about the works of the great classical poets of the Punjab.

Syed Waris Shah, the most celebrated poet of the Punjab, used the legend of Heer Ranjha to portray the essence of agrarian society, tradition, human behaviour, historical factors, social interaction and the state of institutions in the Punjab in such a fascinating way that it has never ceased to stir the imagination of the people. At a universal level it provides the readers with an insight into the philosophy of human existence and a deeper understanding of life itself.

This legend has been known to people for centuries. It has been written in verse and prose by many writers and poets before and after Waris Shah but, what makes his work outstanding and by far the most popular is the technique he used to deal with it. Apart from his unequalled art of storytelling, the poetic merit, and the diverse use of language, he has presented the whole work in the form of a drama with forceful dialogue which makes it unique.

The selection and translation of the verses has been done by Sarwat Mohiuddin, an eminent poet and writer. Great care has been taken in selecting suitable verses to appeal to the youth. 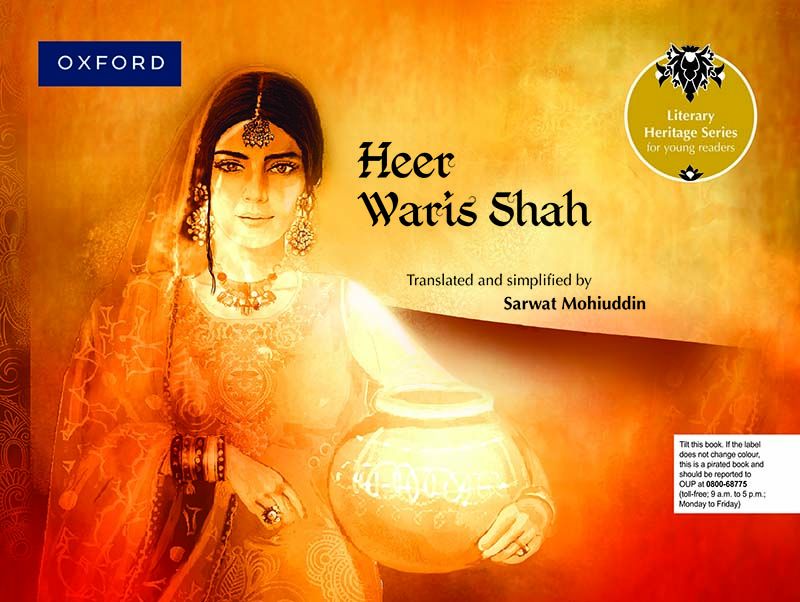