Economy, Welfare, and Reforms in Pakistan

This volume presents diverse perspectives under the theme of Economy, Welfare, and Reforms in Pakistan. The editors have brought together leading economists and social scientists from Pakistan and abroad, who have contributed here towards festschrift essays in honour of Dr
Ishrat Husain. The discussion focuses on the current economic issues, challenges faced by various economic sectors and regions across the country, and possible solutions keeping in view an uncertain global and regional milieu. A key objective is to highlight how Dr Husain was
able to contribute towards economic policymaking and economic management in the country.
Learnings from his work and contribution will also offer insights for reform of important institutions in the country. This text will serve as a key knowledge product for the coming generation of policy economists and academics in Pakistan and the region.

Dr Vaqar Ahmed is an economist and former civil servant and currently Joint Executive Director, Sustainable Development Policy Institute (SDPI). Earlier, he served UNDP, and has undertaken assignments with the Asian Development Bank, World Bank Group, and Ministries of Finance, Planning and Commerce in Pakistan. He has also served on various boards and committees including at the Fauji Foundation, Pakistan’s Planning Commission, provincial governments of Khyber Pakhtunkhwa and Punjab, and Pakistan Institute of Development Economics. He has served as a visiting faculty member and researcher at University of Laval in Canada, University of Le Havre in France, National University of Ireland, Pakistan’s Quaid-e-Azam University and National School of Public Policy. He was the recipient of the 2015 Young Leaders Fellowship award by the French Ministry of Foreign Affairs. His political economy analysis appears regularly in Arab News.

Maaz Javed is a researcher with the Sustainable Development Policy Institute (SDPI). His research interests lie in the area of trade and development economics. He has been involved in several research projects in areas such as regional trade integration, Afghanistan-Pakistan transit trade, foreign direct investment, and most recently on digital trade integration and South-South Cooperation. During his career he has collaborated with esteemed development organisations including Canada’s International Development Research Centre, United Nations Economic and Social Commission for Asia and the Pacific, and United Nations Office for South-South Cooperation. 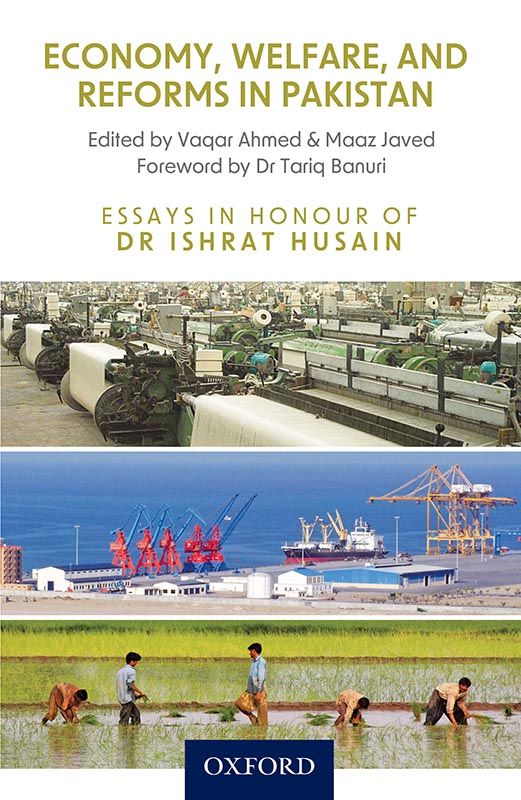 Look Inside
Skip to the beginning of the images gallery
PKR 1,095
In stock
Add to Wish List Add to Compare
Additional Information
Reviews