A Study of the Principles of Constitutional Law
Hamid Khan and M. Waqar Rana

This book gives the universally established principles of constitutional law. It analyses and discusses them in context to the judgments of the superior courts of the US, the UK, Pakistan and India as well the judgments rendered by the courts in Australia, Canada, and Germany. In Pakistan and India, the concepts of constitutional law are derived primarily from American and British jurisprudence and how they have been adopted, applied, extended, and developed by the superior courts in both countries.

The book is divided into seven parts: Part I discusses the definition and scope of the Constitutional Law and its interaction between the State and the Citizen. Part II relates to basic constitutional concepts like constitutional conventions, the rule of law, due process of law, and equality before law. Part III relates to certain basic constitutional structures like parliamentary and presidential forms of government and the concepts of separation of powers and federalism. Part IV relates to judiciary and includes subjects like independence of judiciary, judicial review, precedents, and theories of interpretations of the constitution.  The fundamental rights under various constitutions are divided into two parts—Human Rights and Civil Liberties. Part V deals with human rights, the right to life, liberty, privacy and property, freedom of religion and safeguards against self-incrimination and double jeopardy. Part VI pertains to civil liberties like freedom of speech, press, association, assembly, and movement. Part VII gives certain evolving concepts like the doctrine of necessity and basic structure of constitution.

The chapter on ‘Independence of Judiciary’ has been revised following the judicial reforms introduced in the United Kingdom by the Constitutional Reform Act of 2005. Subsequent laws and judgments have been included and discussed. The chapters on the ‘doctrine of necessity’ and ‘precedents’ have also been added.

This book also covers the course requirements for students of constitutional law studying for the degree of LLM being offered by the universities in Pakistan. It will also be useful for lawyers (practicing before the superior courts dealing with constitutional issues), judges, law professors, politicians, scientists, sociologists as well as the general reader.

M. Waqar Rana is an Advocate of the Supreme Court of Pakistan and a former Additional Attorney General of Pakistan (2014–2018). He has an LL.M. from Harvard Law School and an LL.B. (Hons) from the International Islamic University, Islamabad. He has appeared in several important constitutional cases during the past 20 years. 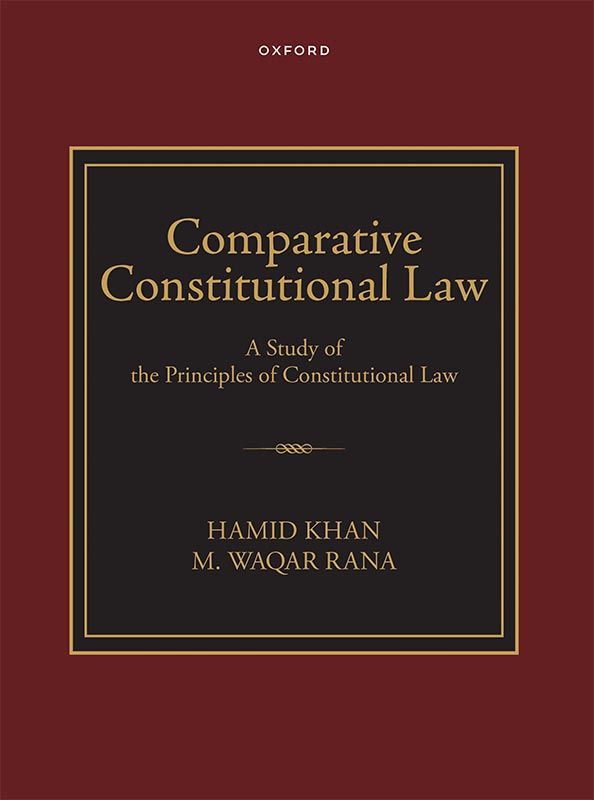 Look Inside
PKR 2,750
In stock
Add to Wish List Add to Compare
Skip to the beginning of the images gallery
Additional Information
Reviews

Related Products
Check items to add to the cart or
Filter