Selected and translated by Mahmood Jamal
The book is a selection of Faiz’s fifty most popular poems, translated in a language and style that will appeal to a wide cross section of readers. It contains not only the Urdu original, but also the transliterated version for non-Urdu readers.
Author Description

Faiz Ahmed Faiz (1911–1984) is widely acclaimed as one of the leading Urdu poets of the modern age. He was born in Sialkot, Punjab, and had a varied career as teacher, army officer, journalist, political leader, trade unionist, and broadcaster. His published works include numerous volumes of poetry, as well as his collected works published posthumously. His poems reached a wide audience through the radio and television, and almost every popular singer has sung his ghazals. The poems have been translated into several languages including English, and he has admirers and followers all over the world. Imprisoned more than once by the Pakistani government for his political stance, he spent a period of exile with the Palestinians in Beirut. He received many literary awards, notably the Lenin Peace Prize.

Mahmood Jamal was born in Lucknow, India. His family moved to Pakistan and in 1967, he moved to London where he has lived ever since. He has a degree in South Asian Studies from the School of Oriental and African Studies (SOAS), University of London. Jamal is the editor and translator of The Penguin Book of Modern Urdu Poetry (Penguin Books 1986) and Islamic Mystical Poetry (Penguin Books 2009). He has several poetry collections to his name and has been published widely in anthologies of British poetry as well. An award-winning film-maker, Jamal has produced several documentaries. He was also a lead writer on Family Pride, Britain’s first Asian soap, and he wrote and produced the groundbreaking television drama Turning World for Channel 4. 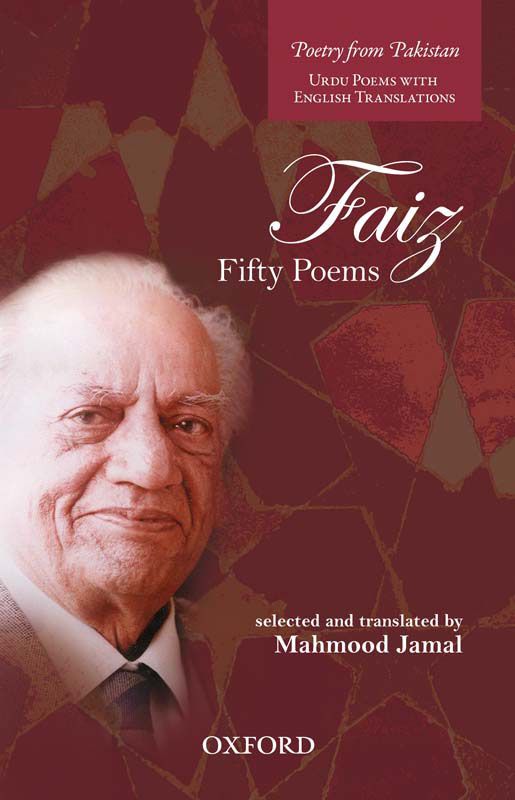