The Islamic Law of Inheritance

Hamid Khan
This is a study of the Islamic law of succession, intestate as well as testamentary. Based on original sources, it includes the historical and theological bases of law developed by the Muslim schools of jurisprudence. The book explains clearly the Sunni and Shia law of inheritance. The points of view of all four Sunni schools of jurisprudence have been discussed in depth especially where there is a divergence of opinion amongst the jurists of these schools. The author makes a comparative study between the Sunni and Shia laws of inheritance and focuses on problems being faced by Muslims, because of the strict application of traditional Islamic law in their contemporary situations. These problems have been analyzed in the light of various reforms introduced by Islamic countries to resolve such issues. This book is an essential component of the course on ‘Muslim Personal Law’ for LL.B students, and the course on 'Islamic Law' for LL.M students. It will also be of great interest to lawyers, judges, law teachers, law students, civil servants and revenue officers, the general reader, and students of Islam.
Author Description

Hamid Khan is Senior Advocate of the supreme Court of Pakistan and a founding partner of Cornelius, Lane and Mufti, a leading law firm in Pakistan. He is a former President of the Supreme Court Bar Association of Pakistan (2001-03) and the Lahore High Court Bar Association (1992-93). He regularly lectures on various legal subjects at the University of the Punjab, the Civil Services Academy, Administrative Staff College, and the National Institute of Public Administration. He is an Ebert and DAAD Fellow, as well as a member of the Hague Academy of International Law. His other publications include Constitutional and Political History of Pakistan (OUP, 2009), Principles of Administrative Law (OUP:2012), Comparative Constitutional Law (Pakistan Law House:2008), Administrative Tribunals in Pakistan (Progressive Publishers:1990), and The Eighth Amendment (Wajidalis:1994). 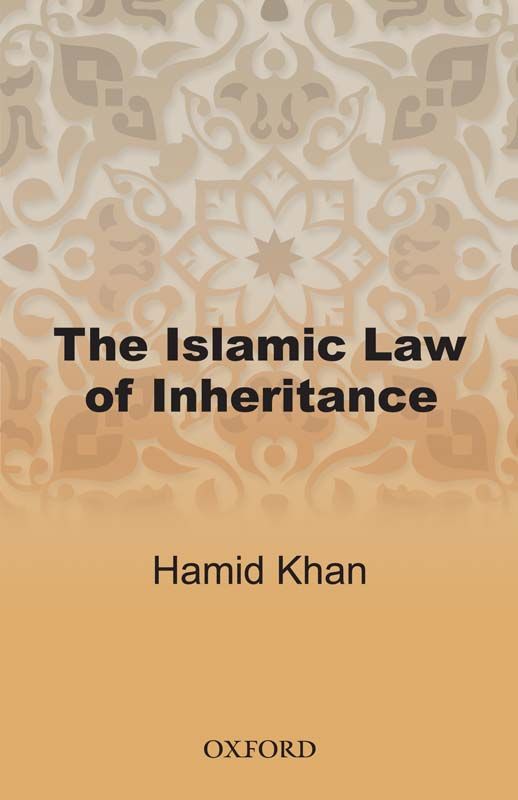