This introductory book on linguistics is primarily written for students of MA Linguistics studying in Pakistani universities. This book will also be essential reading for postgraduate and graduate students.
The focus is on the basic concepts in linguistics, thus much space has been devoted to phonetics, phonology, morphology, and syntax. Concepts of sociolinguistics, anthropological linguistics, and educational linguistics have been comprehensively covered. The purpose is to enable students of general linguistics to use this introductory book before moving on to advanced texts in their area of interest. The language used and the explanations are simple in order to facilitate self-study. However, teachers too will benefit from this book and will also find it useful as a manual.

Tariq Rahman is HEC Distinguished National Professor, Professor Emeritus and former Director, National Institute of Pakistan Studies, Quaid-i-Azam University, Islamabad.
He has an MA, MLitt, and PhD from British universities.
He has been a Fulbright Scholar and a guest speaker in several American universities, and has also been a Guest Professor at the University of Aarhus in Denmark.
Dr Rahman has published 18 books and over 93 articles in scholarly journals. One of his books, Language and Politics in Pakistan (OUP, 1996) was winner of two awards given by the Government of Pakistan. His other books include: From Hindi to Urdu: A Social and Political History (OUP, 2011), Denizens of Alien World: A Study of Education, Inequality, and Polarization in Pakistan (OUP, 2004), Poems of Autumn (2004), Language, Ideology, and Power: Language Learning among the Muslims of Pakistan and North India (OUP, 2002), Selected Short Stories (2002), Unpleasant Essays, Education and Politics in Pakistan (2000), and Language, Education, and Culture (OUP, 1999). 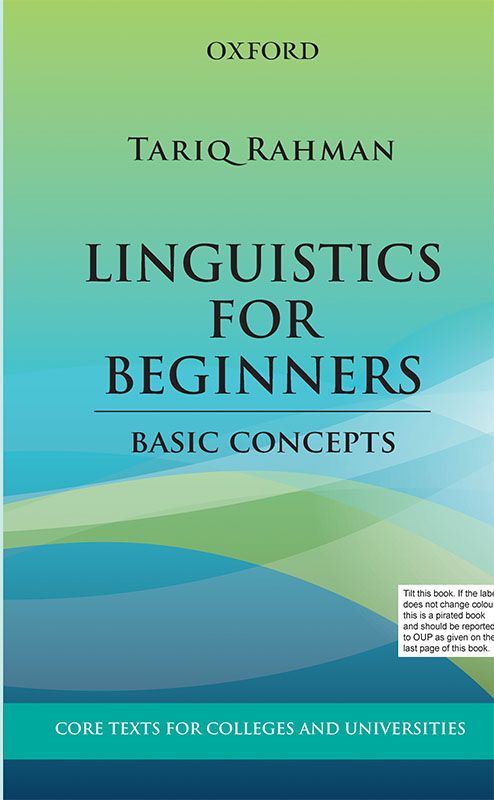