Formation and Challenges of a State
Farooq Ahmad Dar

Written from a historian’s perspective, this book analyses the role Mohammad Ali Jinnah played as the first Governor General of Pakistan. In the brief yet significant period that he was in office, Jinnah fought the battle for Pakistan’s survival, providing it with a political, social, economic, and diplomatic base. Substantial efforts were made to put the new country on the path of peace and progress, which would lead it to become one of the trendsetting states in time to come. Jinnah, as Governor General of the country, always remained the pivotal point in this struggle.

This book highlights his contributions and also evaluates whether Jinnah was within his constitutional limits when he exercised executive powers as head of state in a parliamentary form of government. The book is based on primary source materials collected from Pakistan, the United Kingdom, the United States of America, India, and Bangladesh.

Farooq Ahmad Dar is Assistant Professor at the Department of History, Quaid-i-Azam University, Islamabad from where he obtained his PhD in History. He has been a Charles Wallace Fellow at the School of Oriental and African Studies (SOAS), London. His area of interest is the modern history of South Asia. Besides publishing numerous research articles in reputed journals, he has also authored a book titled Communal Riots in the Punjab, 1947 (2003). He has presented papers in national and international conferences, workshops, and seminars.

This book firstly fills a gap in Jinnah’s political career and in Jinnah Studies, secondly breaks new ground in delineating Jinnah’s role as an administrator and as the Head of State, and thirdly, is characterised by careful research, analytical rigour, and persuasive presentation, besides being eminently readable. On the whole it is a first rate work which is bound to be welcomed by scholars, researchers and students of South Asia.

Both with regards to gaining a better understanding of Jinnah’s importance as one of the most influential statesmen of the twentieth century, as well as to fathoming the complexities of the cataclysmic scenario which Pakistan experienced at its birth, the author’s convergence on the period from August 1947 till September 1948 is highly commendable and his study could serve as a worthwhile contribution to the historiography of Pakistan in general.

Mr Dar does an admirable job in rescuing Jinnah from the ‘condescension of posterity’ which has surrounded him since his death, especially outside Pakistan. 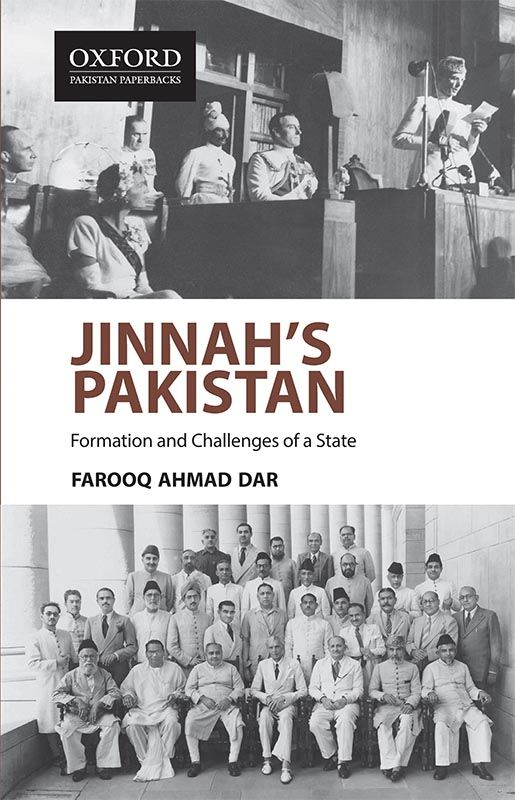