‘Wuthering Heights’ is the only quintessentially gothic novel of the Victorian era which depicts domestic strife with brutal honesty, and this fact bears testimony to the storytelling skills of its young author, Emily Bronte. The reader is introduced to the isolated moors of northern England during the winter of 1801, through the humorous albeit sarcastic description given by Mr Lockwood. Subsequently, he introduces us to the scheming protagonist Mr. Heathcliff, and his insalubrious mansion, ‘Wuthering Heights’. Here we meet the elderly servant Joseph, who is an incurable puritan, and loves to preach. In striking contrast, his youthful, fellow servant, Hareton Earnshaw appears reticent but possesses sound moral judgement, and the courage to follow it. Completing the quartet is Catherine Linton, who is the novel’s damsel in distress, since she, just like Hareton, has been deprived of her inheritance by the low cunning of Mr Heathcliff. She is vivacious and naive, but with nerves of steel. The indolence and inquisitiveness of Mr. Lockwood make him befriend his housekeeper, Ellen Dean, who is the most reasonable and sympathetic character in the book. However, before coming to Thrushcross Grange, she was employed at ‘Wuthering Heights’ and hence, she is able to narrate the recent history of the house. Her narrative reveals that Hareton‘s grandfather, Mr Earnshaw, was a compassionate and impulsive person, who took pity on a dirty little street urchin and brought it home, much to the chagrin of his temperamental wife. Nevertheless, the mysterious creature is named Heathcliff and he arouses jealousy in Mr Earnshaw’s son, Hindley, from the very beginning. Meanwhile, Mr. and Mrs Linton, who are the generous and friendly owners of Thrushcross Grange, are also brought into the picture. In spite of the Lintons’ hospitality, they are prejudiced against the recalcitrant foreigner and forbid their children, Edgar and Isabella, from associating with him. As a result, Hindley’s sister, Catherine Earnshaw, is the only playmate Heathcliff has, hence, he becomes obsessed with her. This obsession, combined with years of oppression, grinds down Heathcliff until he becomes satanically vindictive and incapable of ordinary human feelings. His beloved Catherine Earnshaw does not turn out much better either because the restiveness of her childhood develops into appallingly turbulent behavior. Moreover, she becomes selfish and susceptible to flattery. It is not surprising, therefore, that she goes against her natural inclination, thereby triggering an avalanche of disastrous consequences. Similarly, Hindley Earnshaw also displays a flagrant disregard for anyone else‘s feelings. In fact the death of his giddy and equally unsympathetic wife. Frances, plunges him into lifelong despair and alcoholism. Eventually, he becomes a brute and does not flinch from tyrannizing even his only child. On the contrary, his neighbor, Isabella Linton, is an affable and impressionable young woman. Although she acts precipitously, her upright nature enables her to show bravery even in the face of crippling disappointment. Her brother, Edgar Linton, is just as sensitive and deluded as she is, but more responsible. Despite his genteel manner, he does not shrink from either difficulty or danger. In chapter 18, we are introduced to Zillah who has been hired at ‘Wuthering Heights’ for the apparent purpose of looking after Linton 12 Heathcliff. She is easily intimidated and rather inconsiderate. I must confess her insensitive nature is nothing compared to the cantankerous and treacherous young man she is in charge of. Linton Heathcliff is actually an egocentric person, full of conceit, and yet, he is a feeble patient. The doctor, Dr. Kenneth, on the other hand, is earnest and gallant. Whereas, the solicitor, Mr. Green, is a conniving and cruel person, who plays a crucial role in depriving Catherine Linton of her fortune as well as childhood innocence. In my opinion, the deceptive simplicity of Emily Bronte’s writing style makes the novel easy to read, but difficult to forget. As a result, although it was published in 1847, it is popular and relevant even today. I particularly admire the description of Hareton’s magnanimity, as it is so deep and beautiful that it overcomes Heathcliff’s enmity. 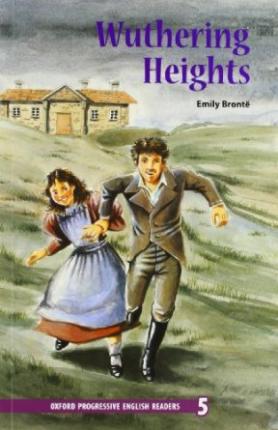 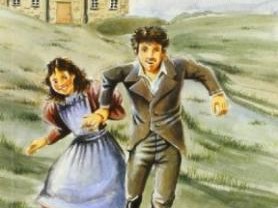 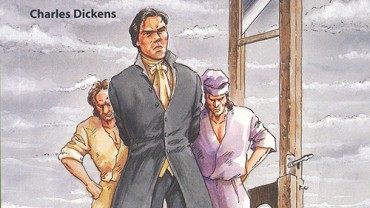 A TALE OF TWO CITIES

A TALE OF TWO CITIES by Charles Dickens LEVEL 2 Haanya M. Abbasi, National Winner The Iris School, Karachi ‘A Tale of Two Cities’ is an ancient, gripping novel written by the… 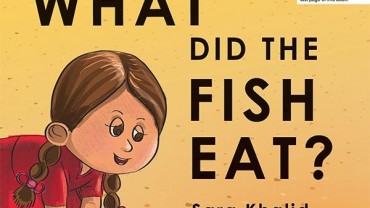 WHAT DID THE FISH EAT?

WHAT DID THE FISH EAT? by Sara Khalid LEVEL 1 M. Qasim, National Winner Army Public School, Garrison Junior, Lahore The story I have chosen is ‘What did the Fish Eat’. It…