Challenging the idea that labour migration is driven purely by rational economic forces, this book makes use of extensive new data to explore migration, human smuggling and illegal work. In a compelling exploration of global smuggling networks, illegal border-crossings and the subterranean world of Europe’s informal economy, the author links migration to risky economic behaviour and erotic male desire. Based on interviews with successive waves of Pakistani immigrants in the UK and Italy, together with ethnographic fieldwork amongst immigration officials and smugglers in Pakistan, Masculinity, Sexuality, and Illegal Migration spans numerous regions, cities, continents and seas. Drawing on psychoanalysis to examine the role of masculinity in the decision to migrate, the author provokes a more complex debate about the causes and consequences of global migration.

Ali Nobil Ahmad is a Fellow at the Zentrum Moderner Orient in Berlin where he researches Pakistan's political ecology. He is also Assistant Professor at the Lahore University of Management Sciences where he has taught History in the Department of Humanities and Social Sciences since 2009. In 2014 he was Visiting Professor of South Asian Studies at Brandeis University in Boston where he taught courses on Pakistan and its cinema. In 2008–09 he was recipient of a Guardian Bursary for Journalism and in 2011 he was co-curator of 'Winds of Change: Cinema from Muslim Societies', a festival of films and talks at the Institute of Contemporary Arts in London. 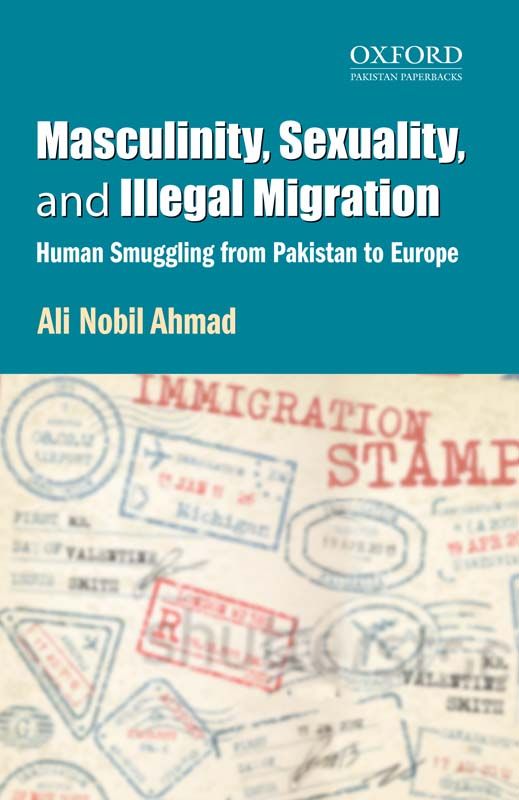 Look Inside
Skip to the beginning of the images gallery
PKR 95
Out of stock!
Add to Wish List Add to Compare
Additional Information
Notify me when this product is in stock
Filter