Richard D. Lambert
This book comprises a detailed account by an American sociologist of the riots between Muslims and Hindus in Bengal, Bihar, the United Provinces, Punjab, and Bombay (Mumbai), which led up to and accompanied the Partition of the subcontinent and the establishment of Pakistan and India. Written shortly after the events, it is based on interviews, actual observation of events, including the accompaniment of police on efforts at control, official reviews, and detailed newspaper coverage. This is an important work and has been widely quoted both for its analysis of the subcontinent and for what it contributes to the study of urban riots more generally. It will be appropriate both for collegiate undergraduate and graduate study. For a decade or so, it was the basis of a course taught at the University of Pennsylvania, USA, and has been widely referred to elsewhere.
Author Description
Born in 1923 in Philadelphia, USA, Dr Richard D. Lambert graduated in 1946 from Indiana University with a Bachelor of Arts degree. He earned both, his Master's Degree (1947) as well as his Doctorate (1951) from the University of Pennsylvania, more commonly known as UPenn. His dissertation topic was on the Indian riots. Lambert became assistant professor at UPenn in 1953, where he held numerous positions over the years, eventually becoming Chairman of the South Asia Regional Studies Department. He has held several positions in various professional organizations. It was stated about Dr Lambert that, ‘all his working life he has been vitally interested in fostering international education.’ Dr Lambert took leave of absence from UPenn in the spring of 1979, and in the fall of 1982, to study various topics in India and Pakistan. He has to his credit numerous published works, including Indian Students on an American Campus (co-authored with M. Bressler, 1956); Workers, Factories and Social Change in India; and The Role of Savings and Wealth in Southern Asia and the West (co-edited with B. Hoselitz, 1963). Besides, he has written numerous articles on topics related to South Asia.
Skip to the end of the images gallery 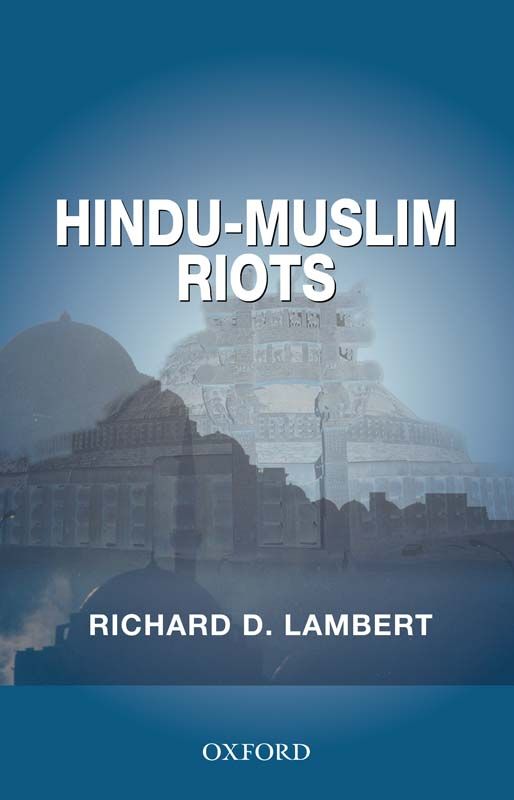 Look Inside
Skip to the beginning of the images gallery
Special Price PKR 195 Regular Price PKR 875
Out of stock!
Add to Wish List Add to Compare
Additional Information
Filter