A History of Religious Mobilisation in the Pakhtun Tribal Areas 1890–1950
Sana Haroon
Frontier of Faith examines the history of Islam—especially that of local mullas, or Muslim clerics—in the North-West Frontier (now Khyber-Pakhtunkhwa). A largely autonomous zone straddling the boundary of Pakistan and Afghanistan, the Tribal Areas was established as a strategic buffer zone for British India, and the resulting autonomy allowed local mullas to assume roles of tremendous power. After Partition in 1947, the Tribal Areas maintained its status as an autonomous region, and for the next fifty years the mullas supported armed mobilizations in exchange for protection of their vested interests in regional freedom. Consequently, the Frontier has become the hinterland of successive, contradictory jihads in support of Pashtun ethnicism, anti-colonial nationalism, Pakistani territorialism, religious revivalism, Afghan anti-Soviet resistance, and anti-Americanism. Considering this territory is said to be the current hideout of Osama bin Laden, there couldn’t be a better time for a sourcebook detailing the intricacies of the Pakistan-Afghanistan borderlands today and the function of the mullas and their allies.
Author Description
Sana Haroon completed her BA at Yale University in 1998; and her PhD in 2004 with the department of South Asian History at the School of Oriental and African Studies, University of London. She held the past and present post-doctoral fellowship at the Institute of Historical Research from 2004-05 and taught at Zayed University in Dubai for some years. In addition to her work on the Tribal Areas, Sana has worked on the rise and institutionalisation of Deobandi Islam in the madrassas of north-west Pakistan. Since returning to Pakistan in 2009, she has been researching and writing on the legacies of early nineteenth-century reformist thought, and is now teaching at the Institute of Business Administration (IBA), Karachi, as an Assistant Professor in the Department of Social Sciences.
Skip to the end of the images gallery 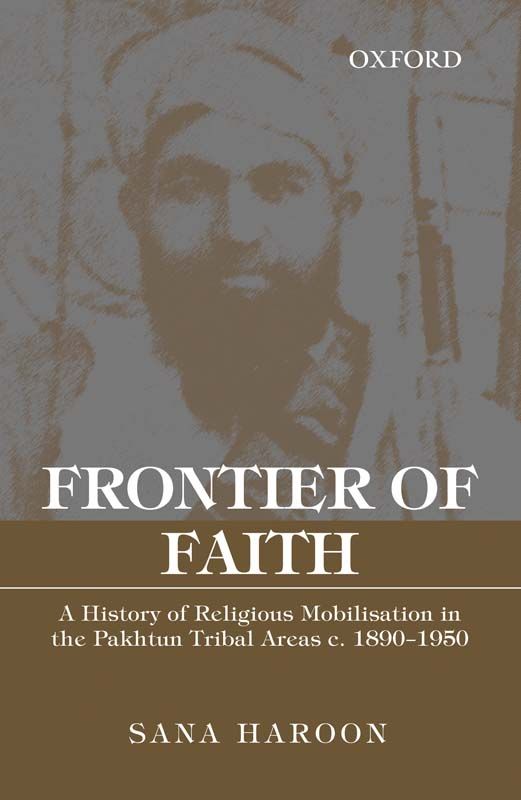 Look Inside
Skip to the beginning of the images gallery
PKR 150
Out of stock!
Add to Wish List Add to Compare
Additional Information
Reviews
Filter