V. Y. Belokrenitsky and V. N. Moscalenko
This book describes the political history of Pakistan from the time of Partition to the Musharraf government. In considerable detail, the authors have described the main features and predominant trends. The aims and achievements of the successive governments are analyzed, with particular attention to the interplay of socio-economic forces and interests. The country’s foreign policy is examined in the context of the regional and global situation, with special regard to the relations between Pakistan and the USSR/Russia. This is a serious, scholarly narrative regarding the life of the nation. The seven chapters of the book correspond to a specific historical period. The first chapter deals with the struggle for the creation of the new state and the forces driving its emergence. The second chapter analyzes the formative years up to the military coup of 1958, while the third describes in detail the internal and foreign policy of the Ayub Khan administration. In the fourth chapter, the authors single out specific features of the Z.A. Bhutto administration (1971–1977), and in the fifth they deal with the long rule of General Ziaul Haq. The sixth chapter relates to the study of the 1988–1999 democratic interregnum. The last chapter details the policies during General Pervez Musharraf’s rule of the country.
Author Description
Vyacheslav Yakovlevich Belokrenitsky is a scholar whose main fields of interest have included the economic and political history of Pakistan, international relations in South and Central Asia, and the demography of the Muslim world. He holds a Ph.D. in Economic History and is presently Deputy Director of the Institute of Oriental Studies at the prestigious Russian Academy of Sciences, Moscow. He is Head of the Centre for the Study of Near and Middle Eastern Countries at the Institute and is also a Professor at MGIMO-University of the Ministry of Foreign Affairs, Russian Federation. His previous appointments include Foreign Visiting Professor at Villanova University, Pennsylvania, and Hosei University, Tokyo. He is the author and editor of around fifteen books and three hundred articles, including several articles in Pakistan Horizon and Asian Survey, amongst others. Vladimir Nikolaevich Moskalenko holds a Ph.D. in Political History and has been awarded an Honourable Degree for his contributions in the field of Culture. He is presently Chief Research Associate at the Institute of Oriental Studies, Russian Academy of Sciences, Moscow, and also Professor at M.V. Lomonosov Moscow State (National) University. His previous appointments have included being Head of the Pakistan Study Centre at the Institute of Oriental Studies, Russian Academy of Sciences. His main fields of interest include the political history of Pakistan, Islam in Pakistan, and the foreign policies of Pakistan, Afghanistan, India, and the Central Asian Republics. He is the author and editor of more than fifteen books, including Three Constitutions of Pakistan (co-authored with Yuri. V. Gankovsky), and nearly three hundred articles.
Skip to the end of the images gallery 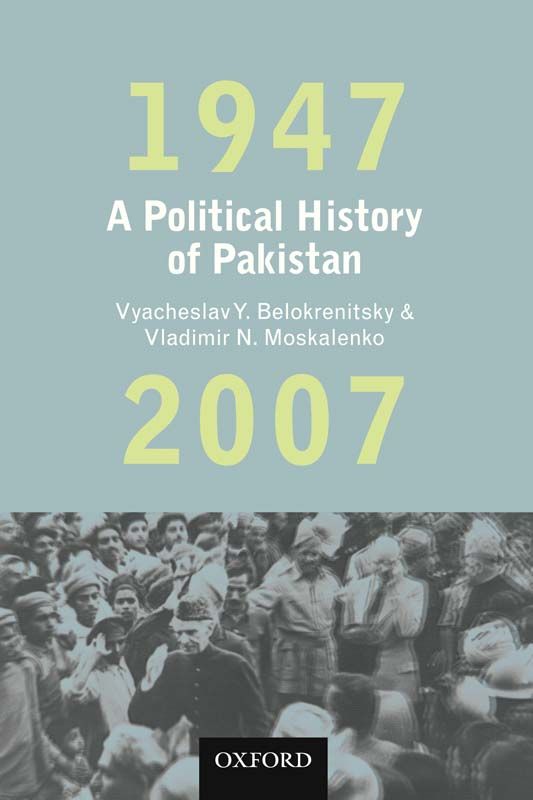