M. Rafique Afzal
This work presents an exhaustive study of the growth and rise of the leading Muslim political party of the South Asian subcontinent—the All-India Muslim League. Founded in December 1906, it began as an elite party, limiting its membership to 400 for the whole subcontinent and charging very high registration and annual fees. It passed through several phases in its history, articulating Muslim demands at the all-India and provincial levels. Except for short intervals of dormancy, the processes of its membership enrolment and party elections from the grassroots to the central level were amazingly regular and quite remarkable. The climax of its activities used to be all-India annual and special sessions. Muslims would attend these sessions from the remotest corner of the subcontinent. During its final phase, Quaid-i-Azam M.A. Jinnah transformed it into a mass party, which had active branches in all the provinces of British India. Despite limited resources in funding and propaganda, the party successfully mobilized the Muslim masses of every school of thought in support of its demand for Pakistan. Its lasting contribution is the formation of Pakistan, achieved within a decade of commencing this phase of its historic struggle. Based on the Muslim League and other contemporary primary sources, the author gives a comprehensive account of this remarkable phenomenon of a Muslim political party.
Author Description
M. Rafique Afzal was born in Jhang Sadar, Punjab (Pakistan); educated at Islamia High School, Jhang Sadar; Government College, Chakwal; Gordon College, Rawalpindi; and University of Toronto, Canada. He served as research scholar at the Historical Research Institute, University of the Punjab, Lahore; research supervisor at the Research Society of Pakistan, Lahore; senior/principal research fellow at the National Institute (formerly Commission) of Historical and Cultural Research, Islamabad; and Professor of History at the Quaid-i-Azam University, Islamabad. He was a visiting scholar at Columbia University, New York; University of Massachusetts, Amherst; and University of Jordan, Amman. He has published works on Muslim leaders of the Freedom Movement including Quaid-i-Azam Mohammad Ali Jinnah (Lahore: Research Society of Pakistan, 1965 and 1975); Liaquat Ali Khan (Research Society of Pakistan, 1967); Allama Mohammad Iqbal (Research Society of Pakistan, 1969); and Malik Barkat Ali (Research Society of Pakistan, 1969). Other books to his credit are The Case for Pakistan (Islamabad: National Institute of Historical and Cultural Research, 1976); Political Parties in Pakistan, 1947–71 in three volumes (National Institute of Historical and Cultural Research); and Pakistan: History and Politics (Karachi: OUP, 2001).
Skip to the end of the images gallery 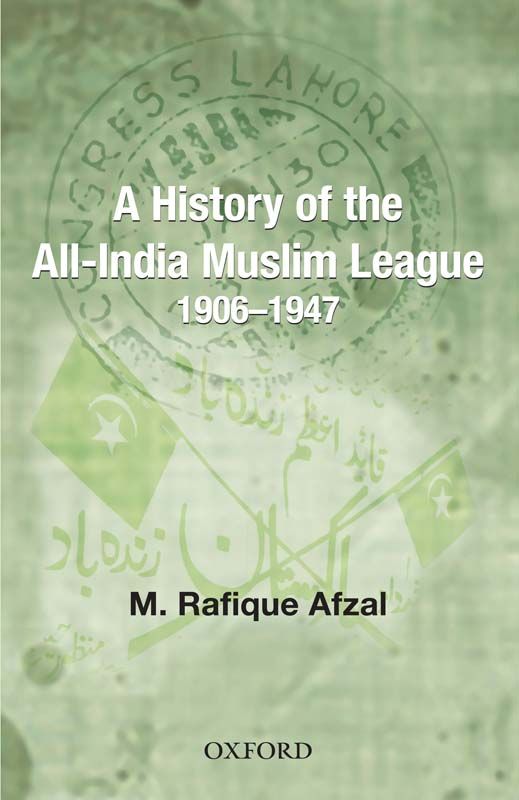 Look Inside
Skip to the beginning of the images gallery
PKR 1,595
In stock
Add to Wish List Add to Compare
Additional Information
Reviews
Filter