Syeda Abida Hussain
This biography of Benazir Bhutto (1953–2007), the first female prime minister of Pakistan, recounts her life from childhood until her assassination. It details her leadership of the Pakistan Peoples Party (PPP), her two terms as Prime Minister and as Leader of the Opposition, her life in exile, and her role as a daughter, sister, wife and mother. From her return to Pakistan to a tumultuous welcome and her gearing up for the elections of 2007, to the events leading up to her assassination and its aftermath, the political events in this book are explained through the author’s lens, who knew Benazir Bhutto in a personal capacity.
Author Description

Syeda Abida Hussain is a politician, horse and cattle breeder, agriculturist, and a diplomat. She belongs to Jhang, situated in the Punjab province of Pakistan. Abida Hussain has the distinction of being the first woman to chair the District Council of Jhang, and the first woman to be popularly elected as Member of the National Assembly of Pakistan. She served as Pakistan’s Ambassador to the United States from 1991 to 1993. She has also served as Minister for Education, Science and Technology (1996), Minister for Food and Agriculture (1997), Minister for Population Welfare, and Minister for Environment and Urban Affairs (1999).

Abida Hussain is an active proponent of ‘Education for All’, gender equality, and sectarian harmony. 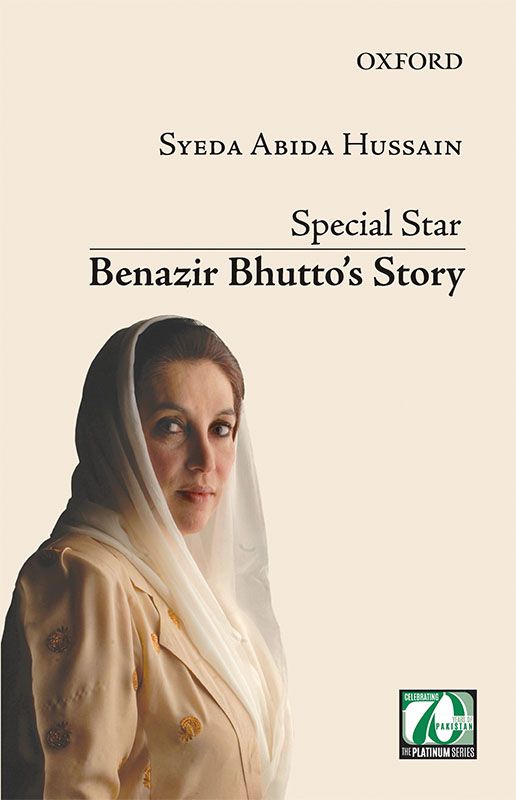